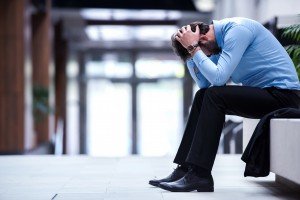 A bird and a fish may fall in love, but where would they build a home?

And so when a kinky person and a vanilla person date (and maybe even fall in love), it can never end well. And yet this is this is a problem that comes up time and time again, played out by almost every kinky person I have met (and I know a lot of kinky people), sometimes over and over again.

Take me. I have had several long terms relationships (each more than 2 years) since my late teens. In each case, we met and felt a strong chemistry and a deep attraction. Each of my exes was beautiful in her own distinct way – and engaging, funny, likeable. Of course, we had ups and downs in the course of our relationships, as all couples do. But they were good women, and each time we laughed together, grew and experienced new things, and traveled to exotic and wonderful places.

And yet in each case, kink was a divide between us. And ultimately, the reason that the relationships could not last.

And from my conversations with all of these kinky people I have met, I have heard so many stories just like mine. Of years or even decades from teenage years through adulthood, when these kinksters were figuring out their own identity and sexuality. Trying to understand why they liked these things that were strange and deviant to regular folks, realizing they needed to keep certain desires to themselves. And then reigniting and fully realizing those desires upon the thrilling discovery of the kink community.

All of these people had similar stories of ex-boyfriends, ex-girlfriends, ex-husbands, ex-wives, who they had tried to introduce to kink. Trying to get their man to dominate them, or get their girlfriend to tie them up. So many relationships where ultimately they failed because the kinky person could not get their needs met. Because vanilla people cannot be made kinky.

And it is terrible. When you love someone and love being with them, but know deep down that there is an important part of yourself that your partner just doesn’t understand, and never will.

It had made me question my kinkiness at times. Made me wonder if I can push it aside, forget about it, grow out of it, bury it. Somehow “cure” myself of kink. And now of course I know that is ludicrous – in the same category as trying to “pray away the gay” – it’s just not possible. And of course the other thing I know now is that I wouldn’t want to de-kink myself, even if I could. Because without kink, I would not have met all of the amazing people I now know in the community, or felt the joy and the high of a scene with play partner, or the deep connection of D/s.

So I would say this: if you know you are kinky, don’t waste your time getting into a relationship with a vanilla person. The further into it you get, the more difficult and heart-wrenching it will become for both of you to leave later.

Now, that isn’t to say you can’t go on some dates with people who aren’t overtly kinky. After all, sometimes it takes a little while before someone opens up about things like this. It’s worth getting to know someone well enough to know for sure. But don’t beat around the bush, and don’t hide that it’s an important factor for you in dating.

What to do if you are in a long term relationship already with a vanilla, and either have finally accepted the importance of kink to yourself, or realized that your partner just isn’t kinky? My advice is to end it. Be gentle about it, be compassionate about it, communicate with them, support them. But do it.

No doubt there are all kinds of “what if’s” that might be thrown at me in response to this. And there may be some pretty gnarly ones… not the least of which is marriage and children. And ultimately, no one but you knows the ins and outs of your situation and so I can’t tell you definitively what is right for you.
But what I can tell you is about all the people I have met in the community who finally did realize they needed to embrace their kinky selves. Some of whom waited until they were in their 30s, or 40s, or 50s, or 60s, or 70s, before biting the bullet and doing it and that once they did, they realized that they had finally found themselves, their community, their people. And almost all wished that they had the courage to do it much, much sooner.

There is one exception that I would add to all of this. Occasionally, a kinky person may be in a relationship with someone vanilla where the relationship is so open, trusting, positive and strong, that the kinky person can go out and explore the community and play with others, without it damaging or impacting on the bond of that relationship. I have seen this work long-term in a couple of cases. So if you are in this situation then you are very fortunate and you should make the most of your freedom to explore. But if you aren’t, and you try forcing your relationship into this mold, you may find it very difficult and ultimately unsuccessful.

Have you found yourself in a relationship with a vanilla person that you wished was kinky? I would love to hear about it in the comments section below.