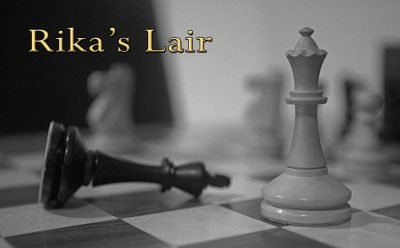 I hope you have been enjoying Rika’s Lair, my monthly column dedicated to thoughts and experiences regarding power dynamics in Service-Oriented D/s relationships. Look up “Ms. Rika” in the search box for links to all of my articles in KinkWeekly!

I recently came across an online documentary regarding the topic of Financial Dominance (known as “Findom”). Most people, by now, have heard of this genre, but fundamentally, it’s the use of financial transactions as a tool of dominance. Rather than the physical control of bondage, or the demonstration of power imbalance through whipping or worship, having one’s finances controlled is the manifestation of choice. Unlike traditional professional dominance, where money is provided in exchange for forms of dominance, in Findom, the money itself is the currency of dominance. No other form of control or power is necessarily exchanged. Financial Dominance didn’t start with the internet, but it has matured with it, broadening its exposure accessibility. Stereotypically, financial dominants tend to be women, and their submissives tend to be men.

Findom receives a great deal of bad press. It’s cited in many cases of extreme abuse: Submissives emptying their bank accounts, destroying their families and lives at the demand of a dominant they might never have met in person. Of people becoming addicted to a dominant, who has no concern for their well-being, and losing site of rational self-preservation – only to be ignored and forgotten when their fiscal means runs out. The dominants who engage in Findom are often accused of “taking the road to easy money” by not providing any real service, not having any specialized skills, training, or equipment, and just viewing this as an ‘easy’ means to get rich. Purists of BDSM see Findom as the commercialization of their craft and the commoditization of an art. There is a lot of angst and anger in the voices of the critics, and a lot of disbelief among those who view the participants.

This image sells. Men like this imagery for a reason: They see a man as the center of the action, surrounded by beautiful women, who are giving him attention and who are deriving pleasure from him…The man is the “real star”, and the viewer can project themselves into his place. In fact, the sub is often covered in a hood, making it even easier to place themselves behind his mask! They want women to want them enough to want to torture them. To SELECT HIM to torture. They feel special…selected…and deserving of her time.

And why use money as a currency of dominance? Well, that’s easy: Throughout civilizations, the stereotypical man has sought to differentiate himself from other men through his wallet. His sense of worth is his ability to earn. His wallet is a symbol of his accomplishment. Many men view this as their most valuable asset. Why is it confusing that a woman targeting a man’s wallet would be a turn on for

that man? If his mind values money over all else anyway, why wouldn’t giving that to a woman who also values it, reflect as submission to him? These men view their wallets as their tickets to the show! Women seeing them as having value (value they share), wanting them, and SELECTING them to dominate, just makes sense to them.

Here’s a consideration I’d bet you hadn’t thought of before:

I can even see how some submissives might consider Financial Dominance MORE REALISTIC than professional dominance! Consider that, in professional dominance dynamics, submissives want to believe that they are unique to the dominant…that somehow, the dominant is SELECTING them to dominate…even when it’s obvious they’re just a customer. Whether real or not, the successful professional dominant makes the submissive feel that they are special; that there is a connection beyond the money. There is an unspoken façade that, although money is necessarily being exchanged, it’s secondary to the desire to dominate and submit…and, in particular, that desire is enhanced with HIM.

Financial dominance discards that façade. The thought that the Findom dominant finds them attractive is real and believable to the Findom submissive, because HE truly believes that his wallet is his main source of worth and accomplishment. It is fed by his own belief that his value is his money. They feel genuine attraction. The concept that this woman is attracted to him makes sense, because she’s not attracted to him, she’s attracted to his ability to provide. It’s real on a pure level…perhaps the purest and most openly honest level of all professional dominance?

Perhaps the hatred of Findom is actually resistance to the change that comes around when people admit that the Emperor really IS naked. Money puts the “Pro” in Pro Dominance. Findom puts that right out there for all to see. That can easily offend some and disillusion others.

I won’t be jumping on the Findom bandwagon. For me, power dynamics are about service and commitment and relationships. I have a dominant-centric view of submission…by now, you all know that about me. But I understand the attraction of Financial Dominance, for BOTH the submissive and dominant. I don’t feel angry or confused by the existence of the Findom world. It’s not a mystery and it’s not evil. It is what it is.

I’d love to hear your opinion. Write in comments below, or email me at: Ms_Rika@hotmail.com.

Ms. Rika is a lifestyle dominant, educator, and author; living in the suburbs of NYC with her husband/slave. She has written several popular books on her approach to adding Dominant-Centric, Service-Oriented D/s to relationships. You can find her books (in both print and eBook formats) at Lulu.com (http://www.lulu.com/spotlight/msrika), or at Amazon, Barnes & Noble, the iStore, Books-A- Million, Kobo.com, or anywhere books are sold. Search for “Ms. Rika”.