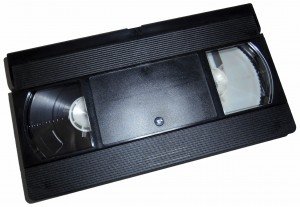 I was spending a lot of time online, chatting, taking my clothes off, being every man’s fantasy – you know, your average 20 year-old pastime. By virtue of the fact that I live in a rather largely populated area, several in my internet man harem were local guys.

I always had extra fun flirting with those.

I kind of love it when a guy throws out that “joking (not joking)” idea and the inevitable shock and awe when I actually go for it. Part of that is my instinct to please everyone that makes me a pretty damned good submissive. There’s also a part of me that wants to stand out in their minds as the living manifestation of every carnal lust they could imagine.

He was cute. Tasty, too.

I thought about it and suggested, instead, that he gift me a scanner. People kept asking me for pictures and the only digital ones I had were black and white webcam shots and my high school senior photo.

He agreed, and we set a date for him to come over.

(Again with the recklessness.)

The man had a large head, heavily scarred from acne, dark eyes and hair and mildly Latino features. He arrived at my apartment with the scanner box in one hand, and a bag with his (full size) camcorder in the other.

Kids, do you remember what VHS was? Just your friendly reminder that I am old and this was a long time ago.

I had put on a black corset top that I’d bought at Fredericks’s of Hollywood, with the requisite black thigh highs, garter belt, and heels. After he came in, we negotiated some limits (after seeing him I didn’t want him to touch or fuck me), and I asked him where he wanted me.

We shoved a big pile of laundry to the side of the sofa (I was a slob), and I lay down on my back, spread my legs and waited for him to press record.

I was pretty determined not to fake this one, and I’d warned him it could take a while. He didn’t seem to mind.

By the time my fingers slipped underneath my panties, I was already wet. The stranger in my apartment, camera pointed at me, the silence in the room except for my soft sighs and moans – it was pretty hot.

He directed a little, having me remove my panties and spread my cunt open so he could get a close up. He asked me to put my fingers inside myself.

Side note – it might be that I have fairly small hands, but that really doesn’t do anything for me. Am I alone in this?

Back to the story:

He wanted to see me suck on my own nipples, something I’d done for the masses on webcam many times. I released my tits from the corset and made direct eye contact with the camera as I licked and nipped at them with my teeth.

It was a good one. The real ones are always good ones, especially back then when they were rare.

When we were finished, I asked him to get me a copy, which he later dropped off. After he left, I giddily began installing the scanner software onto my computer so I could start building my color photo library for the harem.

Many years later (after I’d met my future husband and the slutcapades were behind me) I recognized him sitting in the waiting room at my OB/GYN’s office. I think it took him a while to recognize me, but he suddenly started fidgeting and when (who I assume to be his very pregnant wife) came out from her appointment, he rushed out of there VERY quickly.

I still have the tape.

Anybody have a VCR they want to bring over?