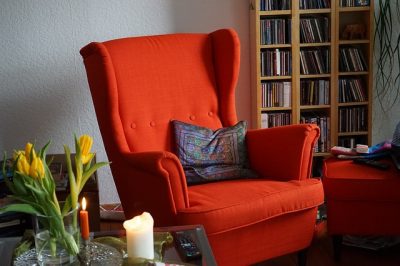 Ron had purchased the property before they met. The house had been built in 2012.  A rambler on a five-acre tract located halfway between Coalfield/May Valley and Issaquah along the old Mason Road. The fact that the house was in the exact dead center of the old family farm always felt to Ron like coming home, and he was. He had traversed the surrounding fields and hills as a boy. He knew the ‘lay of the land’ like the back of his hand. He had chosen this particular property because the creek passed by, just to the right of the house and the giant Canadian Maple of his youth remained towering above the “crick” as he had always known it. On the other side of the property, a dense forest of evergreens stretched for more than a mile. Designated state wildlife property that would ensure the privacy which Ron sought as a respite from his professional and public life.

Alexa loved the house and location as much as Ron. They moved there soon after meeting. The size and spaciousness of the home appealed to them both. The living room faced south with a full wall of floor to ceiling windows giving view to the expanse of the green and fertile valley.  About 200 yards away, the land gently sloped upward and then was swallowed by the forest wood line. The living room had a giant rock fireplace with rocks pulled from the Issaquah creek, just a mile down the road. The bedrooms were massive. Only two but they were full ‘master suites’ each with its own bath, separate shower, fireplace, a sitting room and of course a California King bed. The main master suite included an especially beautiful ‘four-poster’ bed made of Honduran Mahogany, Alexa’s favorite for its dark romantic color and feel.

The rest of the house was what you would expect from a 2,400 square foot ranch house. A massive kitchen, an eating nook, comfortable if not lazy family room, Ron’s office, and a media room. The house held three fireplaces and three baths. Exiting the house through the front ‘sliders’ one found an expansive patio complete with a barbecue kitchen to one side and a fire pit on the other. The centerpiece was a beautiful lap pool, with an 8 foot Jacuzzi, big enough to accommodate several adults.

One missing feature that Alexa pointed out when Ron first showed her the house was although it had a sumptuous masculine office, perfect for Ron, there was no spaced dedicated to Alexa for her use as a writing studio.  Ron had jokingly suggested one night over wine that she could build a “Writer’s Studio” at the far side of the long lap pool, adjacent to the wood line at the back of the property.  He was surprised upon returning from a long business trip to find, over dinner, a presentation of architectural plans for Alexa’s studio. The plans included a kitchen, small but comfortable living room, luxurious bath and private bedroom which offered a view of the pool but also had windows on the backside allowing the morning sunlight from the wooded area behind the property.  Ron quickly glanced at the architectural designs and wanting to please Alexa he agreed. She was delighted that she retained free ‘reign’ to sketch the writing studio of her dreams. The studio would be about 1/3 the size of the main house but would contain some special features known early on only to Alexa and her architectural designer.

Weekends, at least Saturday and Sunday were theirs alone. They would do all domestic things; go to games, events, museums and shows. Saturday night was “date night”. There were numerous beautiful occasions with romantic venues that Ron loved to lavish on her. They never tired of these ‘one on one’ affairs. Sundays they would rise, sip orange juice, read together with a fire in the fireplace and just drift through the day; rain, snow or shine.  But the rest of the week was slightly different. Ron knew that his feelings evolved when Alexa seemed to take on an enhanced power throughout the week.

While Ron was ‘in control’ on the weekends, he certainly was not from Monday through Thursday. Alexa often came home and boldly told Ron about men in their 20’s or 30’s who she’d had some innocent or not so innocent encounter. She knew he thrived on the emotional angst.  When he was not traveling or otherwise engaged in business Alexa and Ron would meet for dinner or drinks at some of their favorite watering holes and Ron found Alexa to be quite different than on their private intimate weekends. While Alexa showed Ron affection, he often noted her eyes strayed and her attention shifted to the sway of a ‘cock sure’ stud or confident younger man. He would never admit it to anyone else, but Alexa knew he was at once, excited, intimidated, and aroused. Ron would become quiet, submissive and expected to honor her pleasure and wanton desires. In those moments Ron reverted to the 13 year old boy inside and waited for directions from the one person who had complete control over him, Alexa.

The one day of the week that Alexa demanded as her total domain was Friday. Early in their relationship Alexa had explained to Ron “You need to understand that you WILL meet my personal needs on this day and obey me, whatever I say.  You may or may not like what I say, or what I do, but you will support me and honor me in all of my actions. Do you understand?”  She had said it so forcefully and almost as if angry with him it evoked a little boy response, “Yes please”.  And to exert her control entirely over him Alexa had replied: “Yes please,what?”  Ron meekly replied,“Yes please, Mistress”. She smiled a half smile and reached between his legs, squeezing his balls in a seeming crush of his power at her hand. She didn’t let go until he whispered,“Yes please, please, Mistress?”

In late January, under gray and blustery skies the addition to the house was finished. It was fitting that it was a Friday afternoon. Alexa had kept her secret studio plan to herself and now with anticipation, she prepared to give Ron the ‘tour’.  She told him to lay out her black dress and black high heels for she was going out to meet with her girlfriends at the Gaylord lounge.

“But…” Ron started to object. The Gaylord Lounge being one place he hated her going to because of the young crowd.  Alexa stopped and stared, waiting for him to finish, knowing how he abhorred the place.  When he didn’t continue she laughed and walked away to shower.

Ron did as he was told, laying out her clothes and went into the kitchen to pour himself a glass of wine. It was nearly 8:00 when Alexa came into the kitchen.  She was stunning in the black dress and high heels. The shoes made her ass rise and the low cut dress exposed her beautiful breasts almost to the nipples.

“Ron, pour me a glass of wine, then we’ll walk out to the pool house. I’m excited to give you the tour.”

They walked out onto the patio, Ron following her close behind. The lighting around the pool made it easy to cross the tiles. Alexa opened the door and he entered her lavish mini estate.

“You’ve done a remarkable job. It’s beautiful.” Ron said as he took in her creative designs.

They walked through each of the carefully decorated rooms and when they entered the bedroom, with the antique king size brass bed he noticed the huge floor to ceiling mirror along the north wall. He smiled at the thought that she had made this mirror for him and her to share on their Saturday nights together, watching their naked reflections.  His dream was soon broken as she said, “Come outside baby”.

He followed her outside and around to the back of the studio. On the side facing the wood line he found that she had the back of the little dwelling landscaped with evergreens that were about 3 feet from the back of the building. Alexa walked between the trees and the studio and pushed a tiny button hidden on the outside wall. Suddenly a small door quietly opened.

Stepping inside Ron found himself in a 5′ x 9′ room, with eggshell white walls and a single large Red Velvet Chair facing a huge floor to ceiling window seemingly only 5 feet from the brass king size bed inside the studio. To his shock and realization, Alexa had created a secret room, a viewing room…a voyeur room…for him.

Alexa stated nonchalantly, “I’m late.  Ron, I want you naked, in the Red Chair, at exactly midnight. You won’t make a peep. This one time, our first time, I will allow you to stroke your cock, but you will support me in everything I do. You will sit here, honor me and worship me for as long as I need tonight to last. Do you understand?”

Lost in those promises, Ron looked up to find Alexa gone.

Ron wandered back to the house, suddenly feeling alone…abandoned. Lonely but excited. He looked at the clock above the kitchen counter. It read, 8:20. He already knew that the minutes were going to go by slow.