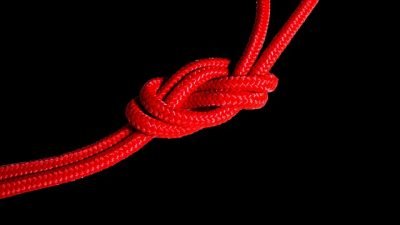 He thumbed through the handwritten pages. Colorful descriptions and dry accounts of their play intermingled with some reflections of her day to day. He knew this stuff. There was very little here that wasn’t said or texted. He tossed the journal on the bed and paced the room. He knew Karen had enjoyed the increased intensity, but he was sure she was still holding back. The release he wanted to give her would mean shattering barriers.

He took her leather corset and patent leather heels from the coffee table chest in their bedroom. He went about converting the bedroom into their dungeon. The curtain rod was a metal pipe spray painted to blend into the room. A simple blackout curtain behind the drapes ensures complete privacy. There were extra rings that anchored on the ends to hook chains into. Two large eye bolts were into the wall near the floor for securing ankles. He knew every inch of her body. Tonight, would be the agony, and the ecstasy, her spread eagle on display for him, was pure delight. It was time to push her boundaries this evening.

Cal was in the shower when Karen arrived. Her journal was open and next to her corset, g string, and heels. She felt amazing in her corset, the way it hugged her, raised her breasts, and made her look sexy. The shoes were too high for outside the bedroom; they made her ass look amazing and made her the perfect height for Cal to cup and caress her ass as he drew her close. She stripped to her bra and panties and sat to her makeup table. Karen brushed her hair into a high ponytail. While pulling her hair tight, she was automatically leaning into the mirror for a closer look at her skin, looking for fine lines. She smoothed the stray hair back with a small amount of hair product. Blue-black mascara and navy eyeliner accentuated her eyes, a creamy deep red for her lips and a dusting of powder to set. Panties and bra tossed into the laundry hamper she now stood with one foot on her chair, she stroked her sex and watched her nipples pop. She wet her middle finger and rubbed her clit. She dropped her head and curled into herself, all the while keeping her foot on the chair. Karen’s breath quickly became ragged.

“What the fuck?” Karen dropped her hand and straightened up to the sting on her ass. Her eyes were filled with fire as she stared at Cal in the mirror, too shocked to turn and face him. Her foot still on the chair frozen. Then the rush of embarrassment. She was at a loss for words, torn between being caught and fury of having her pleasure halted. She turned to face him and speak.

“You didn’t ask if you could. You got one, I’ll give you a choice for the other 9, over the chair or my knee?”

He stepped close and caressed her cheek, “The rules were clear, no kids, in the bedroom, no questions.” She resisted the urge to storm off. She liked this game. Their relationship was better than ever. Cal was attentive and confident; her love for him had grown deeper.

“Over your knee, Sir.” She reached for her corset.

“You won’t be needing your things tonight. Over my knee and count for me.” He rubbed her ass as she adjusted herself. The intensity of the impact increased with every slap. Karen was silent until the last one when a small yelp escaped her lips.

“That’s my girl.” As she went to get up, he maneuvered her, so she was now sitting on his lap. Her ass tingled, and the hair on Cal’s legs itched against her ass. Cal placed his warm hand on her pussy, and she opens her legs for him. He dipped into her wetness and fed it to her, smiling as he did. She blushed.

“Are you ready, my beauty?

“I guess?” Cradled in his arms was lovely, she could stay there all night.

Cal motioned for her to get up, he escorted her to the window. As he spoke, he stood directly in front of her, holding her face in his hand. “You are so beautiful, and I want you to own that. I had these made for you.” On the couch were teal wrist and ankle cuffs.

Karen was at a loss for words and felt a little foolish. She knew about the renos Cal had done in the bedroom, and he had talked about increasing the play, but she hadn’t put it all together.

“Do you want to proceed?”

“Yes, Sir.” She smiled broadly. How bad could it be really? Leather bracelets are all they were really.

“Do you trust me?” He purred, his charm and confidence were electrifying.

She presented her wrist to him, “Red, Yellow, Green,” she said. She looked at the cuffs and the detail. The chrome grommets had little crystals on them. The velvet lining felt nice. Cal tapped her thigh, and she raised foot onto his leg. Fully exposed, she instinctively covered her naked sex. He eyeballed her hand until her arms were at her sides. Karen wondered why he wanted her on display laid bare. It hurt to be on display. Her throat was tight. Her cunt ached. She could not articulate how vulnerable the idea of restrained, and on show now made her feel.

“If you want me to stop at any point, just say the word.” He was continuously caressing as he spoke. “I want to help you get out of your head into your body. Trust me-sweetheart.” He kissed her full on the mouth and held her close until she relaxed into his arms.

Karen’s body resisted as Cal clipped her restraints. As he guided her wrist, he supported her from behind, whispering admiration and praise in her ear.

Her arm restrained panic hit, she hauled up short when she went to bring her arm. Karen’s heart pounded, and she began to breathe hard, “I have to go, she repeated. She was scared. Cal wrapped himself around her, not releasing her. Instead, he held her firmly to his body.

“Focus on your breathing, you are safe, you are loved, inhale for me baby, breathe. I am so proud of my girl. You are doing so well. Breathe, inhale, exhale.” Tears rolled down Karen’s face. She couldn’t process her reaction or emotions. She struggled against the urge to call red, choosing to listen to Cal’s voice and feel him caress her back and ass.

“Stay in your body; concentrate on my touch.” Her thoughts bounced from the fight or flight response in her head to the sensual caress and heat Cal provided. He continued to speak softly. Her breath ragged with shutters. Eventually, her restrained arm relaxed at the shoulder. He took that as his cue to continue.

He devoured her mouth and neck as he slid his finger across her sex, still a little dry. He retreated and made his way to her breasts. He held her free wrist and used her hand to touch her left nipple while he licked and nipped the right. Her breathing had slowed, and purrs rose from her throat. Karen’s free arm went towards the back of Cal’s neck. He knew that was her wanting him close. A gentle “ah” escaped her swollen lips.

He smacked her tit, and it wobbled. The sting got her attention. She winced. “Five a side.” He tortured her nipples a little in between the smack and squeezes.

“Yes, Sir, if it pleases you, sir.” Cal increased the intensity of the clitoral stimulation. She was still on her toes, and the legs were beginning to shake. She has instinctually held the back of his neck for balance.

He stopped and took a step back.

Karen crashed onto her heels. The cuff bounced on her hip. She was thrown off balance and dazed by the abrupt halt. Karen said, “Sir?”

“Good Slut. Do you want me to continue?”

“Yes, please, Sir.” She was flushed and felt off-balance with one free hand.

She raised the left arm without hesitation.

Karen was spread eagle, restrained, and sexually aroused. Cal stepped back, sat on the edge of the bed, and smiled. “My beauty, you have never looked more spectacular. Shall we continue?”

Karen blew an untamed curl from in front of her eye, grinned, and said, “if that would please you, Sir?”