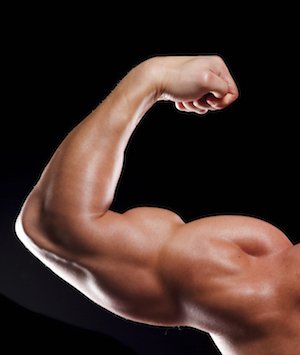 So the idea for this article came up when a friend of mine posed a question in an open kinky forum. He asked, “when it comes to play, do you consider yourself a “light”, “medium”, or “heavy” player? this goes for tops and bottoms.”

As you can imagine he got many different responses – most of which came down to two basic responses. One, people took a guess at how “heavy” they think they are. Usually followed by a suggestion to double check that with their current or past play partners. Or two, they said how heavy they are depends on who they play with, the implements used, how long since they played last, etc. Basically that it may be different based on several possible variables. My reply was in the latter category.

This idea of “light” vs. “medium” vs “heavy” is such a subjective issue that there really aren’t definitive answers. I don’t believe most bottoms are one thing across the board. This refers to two things, partners and implements. A bottom may be “lighter” when playing with someone new to them because they are nervous, the partner and their style of play is still less familiar, etc. However, as trust develops and a higher level of comfort, so may the bottoms level of “heaviness”. As you begin to feel more trust, comfort and familiarity with a partner, it tends to be easier to relax and let go and dig a little deeper into the realm of subspace. Also, for some, they may be “heavier” with their Dominant or primary partner and not so much with other play partners – no matter how long they’ve been playing together. This may be because the bottom pushes themselves a little further with someone they are in a more committed D/s relationship with.

With implements you have a similar situation. I have met very few (can count on one hand) bottoms who can take the same level of play across all implements or types of play. For some it’s a matter of “thuddy” vs “stingy” – being heavier with one over the other. It could be more specific though. Someone may be pretty heavy with leather floggers but extra light with leather paddles and perhaps more of a medium when it comes to canes. Or lighter with impact play and heavier with needles and cutting. The possibilities are endless. Then, once you kinda figure out where you tend to be – you may play with someone who believes they are Topping you lightly with paddles but they are more “heavy handed” than you are used to so to you, as the bottom, it’s too much. On the opposite end perhaps the Top thinks they are going all out with a flogger and the bottom is waiting for things to really get started!

Sometimes changes in pain tolerance can come down to hormonal cycle, recent or early stages of illness or current head space!
A big issue I see is when bottoms come into the scene and they feel like they have to “measure up” to other bottoms or “take more” for their Tops even if it’s beyond what they’re comfortable with. I call this “sub ego” – and guess what – if you take something harder or heavier you don’t get a special prize! There is no cape, no trophy. One person’s light is another’s heavy. One person’s heavy is another’s light. Just because you can’t take something (or someone) as heavy as someone else it doesn’t mean you are lesser than or a less worthy bottom. There is NO SHAME in being lighter. And I can guarantee you that someone out there is lighter than you. That’s ok too. Play isn’t about “who can take more” – it’s about fun, connection, catharsis, energy exchange, and exploration. A good Top wants the bottom to have a positive experience so they want to play again – not to ”take more just to take more” and wake up the next day with regret. Don’t focus on being a “Super Sub” – focus on learning where you fit without shame or competition. 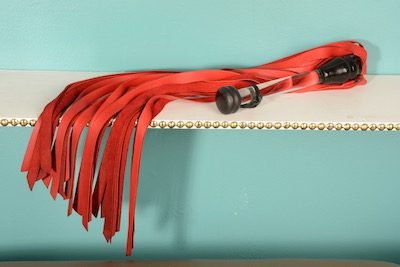 After a series of articles that were aimed primarily at newbies, we will address the concerns of those of you who want to be heavy players. Often times you meet on forums like FetLife or at local dungeons – or even here! — and both of you click because you have the need for heavy play. And, of course, you both want it to be safe.

Many heavy players eschew the safe word; understandably so. But I would suggest some initial play – no matter how heavy – with a safe word and/or safe signal. Remember, one person’s medium play can be another’s heavy. So, in order to facilitate successful heavy play, I propose a process that has worked for many in this lifestyle.

There is a tendency to evaluate whether a player is safe or unsafe based solely on whether he/she has caused any injury during play. Although this is a very good yardstick, it can also be claimed that safe play is not simply the absence of harm. It is the total approach that should, in and of itself, be safe. Contradictory, you say. Then, let me explain. If you were driving a car at 100 miles an hour during rush hour, you might not get into an accident. Yet, that would be considered “unsafe driving” – no matter what the outcome. Similarly, if a Dominant ignores basic safety precautions – such as having a topical antibiotic on hand during a play piercing or not allowing a safe word during his/her initial sessions with a given submissive – this would still be “unsafe play,” regardless of the result.
Safety – especially for heavy players where the risk is greatest — is a process. Granted, I have seen Dominants flail away with abandon on first meeting. Again, this might not cause any damage. But, in my opinion, why the rush to mega-markings right off the bat? Going slowly is not the mark of a weak Dominant; in fact, quite the opposite. Safe play means understanding the submissive; knowing how easily he/she bruises and how much pain the submissive can reasonably be expected to take. Sometimes it is the submissive who talks with bravado: “I have never safed”, “I can take anything”, or “I am the ultimate pain slut.” But, as we had stated earlier, one person’s medium can be another person’s heavy. Safe play, as I see it, is not going as hard as you can right away. The Dom/me should always go at a slower speed when first scening with a submissive. After all, why risk getting a ticket for unsafe scening?!

No matter how hard people try, it is next to impossible to read minds. Books, yes… minds, no. So, whether you are a Dom/me or sub, don’t attempt it. Communicate the old fashion way, talk! For example, as a heavy player, don’t just flail away and rely on the sub’s safe word or safe signal while you are first using one. From time to time, lean over and ask whether the sub is alert and OK. Kind of like the fight referee after a knockdown. Remember, a sub in subspace is often unable to hear or even feel much. Ask. After all you can’t read minds – least of all that of a sub that is lost in space!

From the sub’s point of view, if the Dom/me says he/she is experienced, don’t just leave it at that. Tell him/her your hard limits (even the heaviest of players have hard limits), make sure he/she will respect your safe word and communicate. (Again, if the Dom/me says “no safe words” right out of the box, be wary.) And, don’t expect him/her to read your mind, or vice-versa. As I see it, it is only “topping from the bottom” during the scene; before the scene it is simply negotiating. And, if there is superb communication before play, then the sub will not have to top from the bottom!

Although much of the history of the “Old Guard Leather Societies” is debatable, there is one “tradition” I have heard of that makes sense to me. That is where the Dom/me, should he/she draw blood on an implement, is required to give that toy to the submissive. It makes sense if you think about it. It not only has a great safety aspect to it, but it also seems to have a nice ring to it. Even if you are not “old guard,” and chances are you aren’t, presenting the bloodied knife or flogger to the submissive is a nice custom, with some fine safety implications thrown in.
Overall, safety is a habit you get into — especially for the heaviest of players.