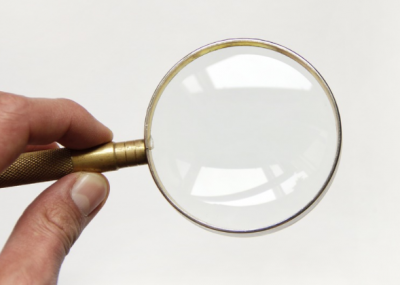 When you get into D/s in its highest forms – with a number of years experience, for example — the line between what you think you know and what you really knows gets blurred. Before I get too holy man (“the more you know, the less you know”) on you, let me be specific. As I usually say, ad nausea, these are my opinions; I offer them as food for thought.

While there is a beauty in this approach, it is far too simplistic. Is the slave who takes a lot of pain more of a slave than one who is unable to bear as much? I think not. To paraphrase, “pain is in the eye of the sufferer.”  Furthermore, as I have stated many times, one does not have to include pain to have a D/s relationship. Pain can be a convenient yardstick to measure submission, it can be a very effective way to put a submissive into subspace and it can be a way to keep your relationship alive – but it is not the sole defining feature of D/s.

The basis of D/s is exactly what it says it is – Dominance and submission. Duh! And the key to dominance is to dominate; the key to submission is to submit. This might seem obvious; but sometimes the obvious is overlooked.  And here is where the final responsibility for the dynamics of the D/s relationship falls squarely on the Dominant’s shoulders. And herein is one major difference between D/s and vanilla.

It can always be argued that it takes two to ruin a vanilla relationship. But in D/s, since the Dominant makes the demands and the submissive reacts, the D/s aspects of the relationship are firmly in the hands of the Dominant.  (This is not to say there are no contributing factors from the submissive should a D/s relationship fall apart; nor is it to say that culpability is not shared outside the D/s realm.)

One trick to keeping a D/s relationship alive, from the Dom’s point of view, is to make sure no request is disobeyed. There is a saying that a good lawyer never asks a question that he/she doesn’t already know the answer to.  Similarly, a good Dom/me never makes a request of a sub that he/she knows will be refused. That is not to say, only make trivial requests. I had discussed this in a previous kink weekly article, “Coca-Cola Dominance.” (https://www.kinkweekly.com/article-baadmaster/coca-cola-dominance/

A solid knowledge of the sub’s truly hard limits is a good place to start. If a Dom/me thinks he/she is God and can request anything without considering the sub’s proclivities, soon the “asshole principle” will come into play.

As soon as the slave uses the word “asshole” to

Thus, the most important aspect to keep in mind, as you gain experience in the D/s world, is that, as a Dominant, you must regularly make demands, no matter how big or small, that the submissive recognizes clearly as “dominant demands” — demands that he/she will not refuse to honor.

Similarly, as a submissive, you must be able to communicate to your Dominant when your inner submissive is not being stimulated. If a submissive is not getting enough “dominant input,” he/she will ultimately cease to regard the Dom/me as anything other than a “boyfriend or girlfriend.” Hopefully, the Dominant encourages the sub to express him/herself freely, either in conversation or via a diary. If that is not the case, you must express yourself and let the chips fall where they may.

Dominance and submission can be an awesome way to structure a relationship. But, as with many great things, it comes with a high price of admission. And the price of a ticket here is that, without effort, D/s crashes and burns quicker than vanilla. If both parties understand this principle, they have a head start over any couple that chooses to ignore it.