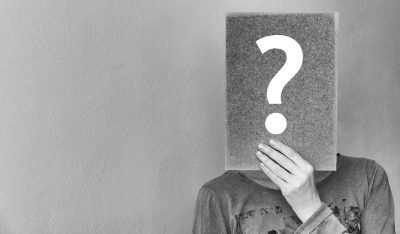 Here is a submitted question that really is in my wheelhouse. I have tried poly over the years with varying degrees of success.  From it all going PERFECTLY to having one of the subs throw – and break – a chair at the Rio Hotel in Las Vegas. So let’s try to help out this slave!

Reader: I’m a fulfilled alpha slave, but I worry about my beloved sister slaves. They say they’re happy, but it’s hard for me to believe when my needs come first. Is Poly really possible?

There are actually two questions within your question. The first, regarding your sister slaves’ happiness, is a personal question about the dynamics within your relationship.  The second, “Is Poly really possible?” is a broadband, ultra-mega-huge eternal type question — much like “What is true love?”  Because I like tilting at windmills, I will attempt to answer your second question first.

Is polyamory really possible? In the short term, the answer is yes.  The excitement of a new poly relationship is much like the “honeymoon” period of any relationship. And it works for a while. As to long-term polyamory, that is a bit more problematical. BDSM relationships between two people are notoriously short-lived. When you add a third human being into the D/s mix, you are just complexifying (my word) an already hard-to-maintain relationship. I am living testament to this sad truth; I personally have gone oh-for-three in long-term triads, the longest being three years.  (Of course there are many long-term – over five years as a standard– wonderful poly relationships. But these are the exceptions, not the rule.)

Now why is polyamory so difficult?  In a poly relationship with an alpha and a beta slave, someone is voluntarily accepting being lower on the totem pole.  This is so unnatural that even you find it “hard to believe” (your own words) that someone would accept having their needs be a secondary – or even lower – priority.  The concept of “I live for my Master and will serve him as his beta, gamma or zeta slave” works fine in theory – or online! But this is a hard mental space to maintain in real time. Most people, in any type of relationship from fetish to vanilla, like to be ‘numero uno’ with respect to their significant other.

Unlearning ego, jealousy and possessiveness, which a beta slave must do, is extremely difficult. But although it is difficult, it is not impossible. In order to override this natural need, the beta slave must ultimately embrace — whether through training or other means — his/her secondary status. So, in your case, the fact that the beta (or betas?) does not mind putting his/her needs second to yours is a sign that your poly relationship is working. Consider yourself lucky. Don’t jinx yourself by worrying about it.

I might add, that in the poly world the most popular arrangement seems to be an alpha-beta hierarchy for the submissives. But there are other polyamory systems.  The alpha-alpha structure of two equal slaves is another way of setting up poly. Personally, I believe that an “alpha-alpha” system is easier to maintain for the Dominant. If the Dominant can divide his/her attentions somewhat evenly, resentment can be eliminated as a divisive issue. After all, there is no “beta slave” who, by definition, gets less attention.  I think this is less adversative to human nature than alpha-beta. But this is just a guess. We are dealing with human relationships here, not science. And many other systems keep popping up as people experiment in ways to make poly work.

As much as I love poly, I truly believe it is antithetical to basic human nature. It requires work to overcome this hurdle. A lot of work. If, in your case, your Master/Mistress has accomplished the formidable task of finding/training a beta slave who is totally happy serving in this capacity, go with the flow. Obviously, your needs include being number one; but don’t assume that the beta has the same mindset that you do. But your question should also serve to keep you vigilant. There might come a time that the beta wants to climb up the slave ladder. Or he/she says, “Get your own fucking cup of coffee!”  This is when triads start to unravel. And this is when your question, “Is poly possible?” will be answered, for real, by you and your poly family.

I would suggest that you enjoy it for as long as it lasts!