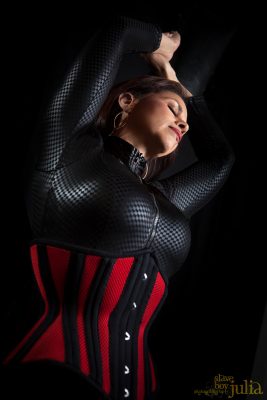 And now for something completely different!  At least here on kinkweekly.com.

Now for the next phase.  I will be answering – to the best of my ability – reader submitted questions. No paraphrasing, no editing – just the question as submitted. (You can submit questions to baadmaster@aol.com). So, without further adieux, the envelope please!

Reader:  I am a female with submissive needs. Can my boy friend ever learn to fulfill my D/s desires if he doesn’t “get it” already? Do those feelings need to be there to start, or can they be learned? Signed, subJulia.

Baadmaster: I have found that nothing is simply yes or no. So a definitive answer is impossible here; it is far too broad a question for a simplistic answer. That being said, I can help you get a handle on this big question by paring it down to a few sub-questions.

The first, and most important, question is whether the D/s lifestyle turns your partner on or off. Obviously, you have told him that you are interested in BDSM. Does he get excited by the thought of this “perverted” lifestyle or doesn’t he? This question is truly primary, and must be answered before you can take the process further. If he finds the thought of D/s exciting – and many vanillas do, if you look at all the bondage references in the straight media – then you are halfway home. If he really does not get the least turned on when you mention it – or, worse, gets totally turned off (“You want someone to do THAT to you?” or “What kind of disgusting pervert are you?”) – then you have as much a chance of turning him into a lifestyler as I have in turning Donald Trump into a philanthropist.  At this point, you simply have to throw in the towel with respect to our lifestyle. But if he is even slightly intrigued, you have a decent chance of exploring the D/s world together. I have personally seen it go both ways – “See ya” and “Wow!” The beauty of the latter is that if you both explore the lifestyle together, you can grow in parallel paths and build upon your pre-existing relationship. This can be a beautiful – and exciting – journey. So let’s assume the answer to the first sub-question – does BDSM turn him on? – is a big “yes.”

Now onto the second sub-question, which is, “What turns him on?”  If the thought of controlling a woman and having her do what he wants excites him, and you are looking for a Dominant, you are in luck. However, if he tells you he gets excited by the thought of being tied up and humiliated, for example, it would probably de difficult to turn him into a your dream Dom.  Whether you match or not is purely a matter of luck – a 50/50 roll of the dice you might say.

Let’s assume you are on a lucky roll and you are submissive and he wants to be a Top, it is on to the third sub-question. Are looking for a Top in play or a lifestyle Dom/Domme? If you are looking for a dungeon Top, and that is what he wants, I think you hit Lotto. It is my belief that Topping can be learned. Just point him to my articles here on kinkweekly.com (shameless plug) and let him read some articles and get a feel for the lifestyle. Then go to a couple of play parties together and watch other people scene and voila!  You will be able to do many beginner-level BDSM scenes rather quickly.

On the other hand, if you are looking for a 24/7 Dom, then you have to delve deeper into his desires. Does he really want to control you in some manner outside the dungeon? Here again, your needs should match to some degree.  If they do, you should proceed slowly, though. As he is a beginner, don’t expect him to integrate being Dominant into his personality quickly. If you are a submissive, don’t be too “Toppy” in the process. (Similarly, if you are a Domme, don’t expect him to become “instant-slave” just by saying, “let’s do it.”) In any scenario, you should cut each other a little slack.  Learning takes time.

In the overall, I believe success in the lifestyle is more about desire than any inherent aptitude. In a nutshell, you can say, “desire equals aptitude.”