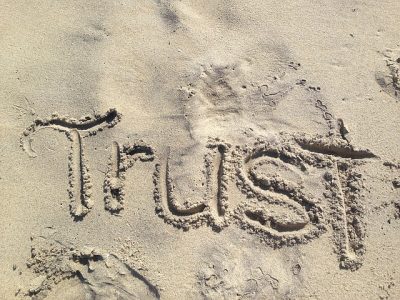 Reader: “I am really turned on at the idea of permanently marking my slave, but I am concerned about knowing how far to go. What are your suggestions?”

Personal fact — my infatuation with permanent markings began in college when I saw a woman tattooed “Property Of…” and I said to myself, “That’s hot.”   And this was before the tattoo fad began. From then on, there was no turning back.

When it comes to suggestions, I would state that it is best to be sure about your relationship if you go into the tattoo marking area. A few years ago I saw this advertisement on Craigslist (obviously before they banned personal ads)…

Are you a Dominant male legally named Darren?

I am not sure if this was a real ad or a put-on, but it does illustrate one important point.  Tattoos are permanent. Even laser surgery cannot always flawlessly remove a tattoo. There is a tattoo artist’s myth that a “Property Of…” or a lover’s name tattoo is the kiss of death in a relationship.  I cannot vouch whether this is true or not, but keep it in mind before you do the tattoo thing.

Brandings are even less removable.  Cuttings, too, when rubbed with sand, can also be permanent.  So proceed with caution

When discussing “how far you should go,” the key is the state of your relationship with your slave.  I would think that if the relationship is new, a less permanent marking would be wise. Surely, if you are not at the collaring stage, a “Property of…” type of tattoo is a roll of the dice.  Keep your laser tattoo removal money ready. (Dr. Tattoff, he of the omnipresent billboards, is out of business so you might find it daunting to get that tattoo removed.)

The problem with a less permanent marking is it just might not turn on the Dominant.  It can be argued that a temporary mark like a magic marker or even a light cutting is no mark at all.  To me, the beauty of the mark lies in the commitment it signifies; the sensuality of the mark derives from the level of submission allowing such a mark implies.

From my personal point of view, as a prelude to the “big one” (a tattoo or brand), may I suggest a piercing?  A piercing entails pain and has a submissive component to it. It can contribute mightily to the bonding of a slave to a Master.  The actual piercing can be likened to a ceremony. What follows is a description by a female submissive of her nipple piercing.

Master took me to the piercing parlor.  We looked at all the nipple jewelry in the display case.  Master selected a ten-gauge barbell. It looked so thick my knees got week!  Thank God he is only doing one nipple. We went upstairs and met the piercer; she was female with lots of facial piercings, and I let out a big sigh of relief.  Master told me to take out my breasts and told the piercer he wanted her to do the left one (I wonder how he decided that – “eeny, meeny, miny, mo” perhaps?). She took a magic marker and oh so carefully put a dot on either side of my nipple.  She was a perfectionist and explained that this was so it will be level. She reached into the autoclave and from that point on I shut my eyes tight. Master held my hand. I felt secure with my hand in his. Suddenly, I felt a searing pain that shot through me.  What a rush! It felt like when I go into sub-space but it was sooooo different. “You can open your eyes,” Master said. He led me to a mirror. “You look so beautiful,” Master said. I almost cried. He held me in his arms and I knew that he was my Master. Now and forever.

I started with nipple piercings when I first started with my current sub.  We graduated to tattoos later on. The beauty here is that a piercing is not permanent.  It can be removed and it heals up. But in the above case, I doubt the piercing will ever be removed!