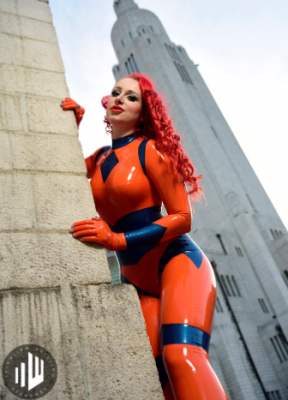 With every generation, there are those who grouse that the younger generation doesn’t understand traditions or respect history. There are those lifestylers who have deep roots, real or imagined, in the “Old Guard Leather Societies” who complain that the “Millennials don’t know anything about our history.” And, many add, that by ignoring our history we shortcut many of the important precepts that were laid down before them. Rather than debate the merits of old school vs. new school, or give a history of the original leather men of the 1950’s – 1970’s, let’s discuss exactly which leather traditions have their origins with this Old Guard; you can then decide whether you are really continuing in this leather tradition. You just might just have “leather pride” but don’t even know it!

An essential part of the Old Guard was the custom of dressing in leather. If you have ever worn leather to a fetish party, it is courtesy of these leather trailblazers. At the very least, most current lifestylers wear some leather at BDSM events; although most don’t wear full leather regalia like the leather men did. So, if you ever don a pair of leather pants, you can now understand where his leather traces back to. Chalk up one for increasing your “leather pride I.Q.” Furthermore, black is the quasi-universal dress code in our lifestyle. (Has anyone ever seen me in any garb other than black?  I think not!) This stylistic imperative, too, harkens back to the legendary Old Guard. After all, when we talk about the “Old Guard Leather Societies,” we are really referring to black leather almost exclusively. And this tradition continues to this day. Again, your “leather pride I.Q.” is rising.

If you have ever played with a stranger at a dungeon and negotiated your limits beforehand, this is also an Old Guard innovation. There were differences, of course. For example, colored hankies carried in their back pockets identified Tops and bottoms and their relative level of play – whether they were a heavy or light player. (Called the “hanky code,” duh!) This might have been less verbal form of negotiation; but it was negotiation nevertheless.

Are you collared or do you plan to collar someone? The modern slave collar (as opposed to the original Roman slave collar!) traces right back to these groundbreaking leather men. Have you are your friend ever worn a leather play collar at a lifestyle event? Ditto – Old Guard creation.

If all this weren’t enough, the whole modern Master/slave tradition was practically invented by the original leather men. Surely, it is an evolution; one can never credit the original leather men with inventing Master/slave out of whole cloth. But the terminology (Master, slave, Top, bottom, Dominant, submissive) and the codes of respect were popularized and codified by the Old Guard.

There you have it. We owe much of our current lifestyle to the Old Guard Leather Societies – emphasis on the word “leather.” And the next time some Fifty Shades Millennial disrespects you and says, “Those Leathermen were so lame; we don’t follow them anymore” – tell him/her that the Wright Brothers plane was also lame – but without it we might be “walking to the Folsom Street Fair!”