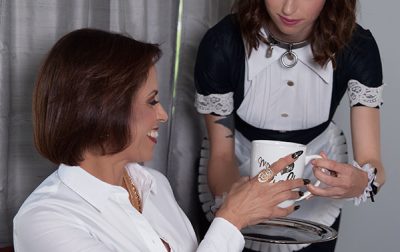 I am often asked, “What exactly is high protocol?” A strict dictionary definition would be, “a code prescribing strict adherence to a pre-determined etiquette.” In the BDSM context, protocols are the rules of behavior for Masters/Mistresses and slaves. What we generally call “low protocol” is a relaxed, mostly informal relationship with few rules and prescribed patterns of behavior. Obviously, a “medium protocol” D/s relationship is one with more rules than a “low protocol” one; but these rules are far from all pervasive. Finally, “high protocol” is a relationship where many, if not most, activities are conducted ceremonially and tied to a detailed set of rules.

In our next installment, I will detail many high protocols. By reading this first article as a primer, and comprehending that high protocol is not a universal goal, you will be able to pick and choose those protocols that work within the type of relationship you desire. Do not make the mistake of aspiring to high-protocol just for high-protocol’s sake. Any level of protocol is fine — if it works for you!

In the final analysis, there’s nothing inherently superior in high protocol versus low protocol – any more than there’s something superior to an airplane flying at a high altitude rather than a lower altitude.