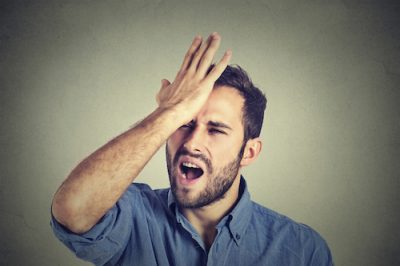 From time to time I answer questions here that I find intriguing. Here is one of them, asked by a female submissive:

“I met a Dom on the Internet. He is awesome. But he is very high protocol. At first I liked all aspects of it. I am now starting find it too confining and am beginning to dread the all-encompassing aspects of it. One more ritual and I think I will lose it. I love the guy, but this aspect is wearing on me. What should I do?”

This is a question, in many similar forms, that I have heard many times before; it is not an uncommon dilemma. That said, the fact that you are not alone does nothing to help you solve your problem. So, let’s see what we can do.

I have always said, here on Kink Weekly, that, ideally, you should match your protocol needs to that of your D/s partner. Rarely can a low-protocol slave adapt to a high-protocol Master, and vice-versa. I am sure he told you that he was high-protocol when you first met. But, you were intrigued by it and chose to give it a go. There is nothing wrong with that. After all, the only way to decide if you like something is to try it out. Most high-protocol lifestylers were not born that way; they simply evolved over time — after they wet their beaks, so to speak. Apparently, before you found out that you had difficulty with high-protocol, you fell in love. Although this would appear to be a big minus, it is actually a big plus.

Since you are in love, you will be giving your D/s partnership your best effort. And, if he is in love with you, so will he. Love cannot conquer all, but it can conquer a lot. What might be an insurmountable problem between play partners can often be solved when both partners are deeply committed to each other. Thus, you can expect your Dom to be a lot more understanding – and even more flexible – than a casual partner. Knowing this, we can then address your other, almost technical, concern.

This second aspect of your anxiety — that you liked high-protocol initially but don’t like it now – can also work to your advantage. It was not as if you were mismatched from the start. You did nothing wrong; you matched protocol levels as I suggested and proceeded forward. The fact that you originally liked high-protocol means there are aspects to it that turn you on. It is not unusual to burn out on things you enjoy. Even professional athletes, who clearly love what they do, can often get burned out during a season. The key here is to be honest with your Dom and explain your situation. It is obvious your attitude toward high-protocol has changed at some point during your relationship. You might be telling him something he already knows. People, subs included, are not robots. There are times when service is fun and times when they dread serving – even in great relationships. An experienced Dom, no matter how demanding his protocols are, will be aware of this fact. Thus, do not be afraid to discuss it with him. Don’t wait until the “Get your own fucking cup of coffee, asshole” stage when it is almost impossible to save your relationship. Better to face this predicament together, early on, than to let it fester and become an insoluble problem.

There are simple solutions, believe it or not. You might just need some time off. Maybe he can eliminate some specific rituals that you hate. Or, he can change 24/7 into an acceptable – to both of you – 20/5 kind of arrangement. Don’t sell yourself short. That you were an enthusiastic slave will not be lost on him. He will, more than likely, make some adjustments to keep you happy. But, no Dom (or Domme) is a mind reader. You must, within your protocol, tell him how you are handling, both good and bad, your submission. A skilled Dominant will always take your feelings into account. After all, an unhappy slave is not a good slave. Or, worse, she will soon be an ex-slave!