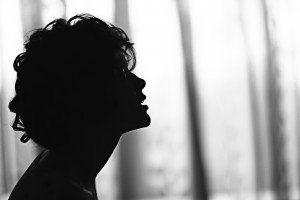 If you are a male sub this article might be the most important one you will ever read (this might seem excessive hyperbole – until this article saves you heart ache and wallet ache.)

So how does a submissive – especially a beginner – protect himself? (Again, this is usually a “Domme/male sub” situation.) This can be a bit tricky as some of these “Predator Pro Dommes” are quite clever.

The surest way is to hire a Pro Domme from a reputable dungeon. For example, Los Angeles’s Sanctuary would be one such place. There, the Pro Dommes charge a reasonable hourly rate, all are skilled and familiar with the lifestyle. And in most major cities there are reputable dungeons that offer similar services.

I would try to avoid meeting Pro Dommes on Craigslist or twitter; and although fetlife.com offers no protection, the odds of meeting a legit Domme there are greater. Plus, you can easily cross-reference there.

I also advise asking for a per-hour fee schedule. See if it is comparable to fees at a Pro Dungeon. If it is way out of line, or she says, “How dare you ask me, slave?” or some such way of avoiding the answer, another red flag. The key word here is, “Next.”

You might also use a skills/lifestyle interview. Is she adept with a single tail, cane or a flogger? Play-wise, what are her specialties? If she is vague here, pass. Is she a member of a local dungeon and which one? (This is easy to check up on.) If she says she only plays privately in her own home, this is a big red flag. You might also ask her how she became a Domme? How long has she been in the lifestyle? A good interview is worth a thousand bounced checks!

On the other hand, if the Domme interviews you, don’t come off like you have a helicopter and are Richy Rich, unless you are. You can ring even a legitimate Domme’s greed bell. Honesty does work both ways.

Finally, if you are married, vanilla and need to experience some form of simple Femme Domme worship that these predators specialize in, why not get your wife to learn to dominate you in this manner? If it is easy for newbie “Dommes” to learn, surely your wife can learn it just as easily. You can also play Financial Domination games with little financial risk. After all, the money would just go back into your joint account!

If you are a single submissive looking for a Mistress, why go pro? Bide your time, go to socials and munches, join a dungeon and find a Mistress to share your life with. It might take a while, but you will likely avoid winding up alone and with no Mistress when your money runs out.