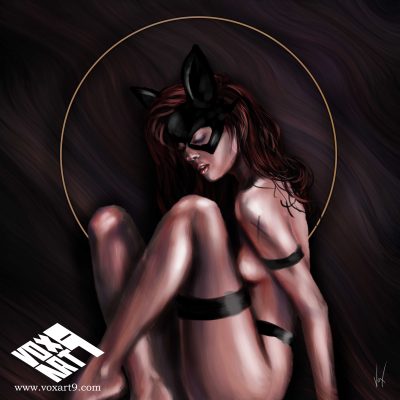 The most common ritual – it is virtually ubiquitous – is the honorific verbal greeting of “Sir,” “Master,” “Mistress” and “Ma’am.” Addressing the Dominant in this way is a very powerful tool for maintaining the power exchange that is at the heart of any D/s union. It reinforces the air of esteem that a submissive must have for her/his Dominant. The beauty of honorifics is that it offers an elegant way to reinforce the conscious integration of the power exchange within the relationship.

Digression number one! Problems are often encountered when the slave is required to use “Master” 24/7. Using the title “Master” at a vanilla party can be dicey. But, there is one slave who came up with a brilliant solution to this problem. She always addressed her Dominant as “Master” but always added the word “Blaster” — as in the “Master Blaster” — in sticky situations. No one ever suspected; she was always able to address her owner as “Master” in just about every circumstance.

Digression number two! Although I am not personally fond of the common practice where a submissive addresses every Dom/me in the community as “Sir” or “Mistress,” there are exceptions for those who are universally respected in the community. I also think it is best to address a prospective Dominant thusly. If you use his/her birth name too often early on, it might become a hard habit to break. Using honorifics judiciously will serve you well.

Rituals are awesome tools for transitioning from “normal headspace” to “submissive headspace.” (We must make the distinction between “subspace,” which is defined as an exhilarated state caused by a rush of endorphins emitted during a BDSM scene, and “submissive headspace,” which can be viewed as the mental state of being in service to the Dominant.) In our busy and stress-filled world, this transition can be a difficult one. For example, if the sub has come home from a tough day at work, he/she might have a hard time getting into a submissive frame of mind. It is not easy to leave work headspace and enter submissive headspace. Rituals make this changeover a lot easier.

The classic greeting, or presentation, ritual is a tried-and-true transition technique. Here the submissive kneels in front of her Dominant and kisses his/her feet, shoes or boots. The sub remains in this position until a hand or verbal signal tells him/her to rise and maintain a kneeling position until instructed further. Another popular ritual is the inspection ritual. Here the submissive is required to kneel with his/her legs spread so the Dominant can inspect her/his private parts and make sure they are satisfactory. This is a superb triggering protocol; it has “submission” written all over it!

Let me offer an innovative way to look at submissive headspace and transitioning. One can categorize submissive headspace into three distinct levels. The first level is “operational submission,” where you are submissive to your Dominant but little is required of you. It is a relaxed submissive state; the power dynamic is acknowledged but rarely actuated. The second stage is “active submission.” Here the sub might be required to be very attentive to the Dom and be available for him; but limits are not pushed. It is a state of familiar submission. No curveballs are thrown. The third space is “slave submission.” Typically, this is during play or training sessions; limits can be pushed and new areas of D/s are often explored. Transitioning into each of these states is most effectively accomplished with specific rituals designed to activate each of these levels as required. For example, a simple honorific can activate the first level. The physical greeting ritual might be used to transition into level two. And an intense inspection ritual might be the prompt to enter level three.