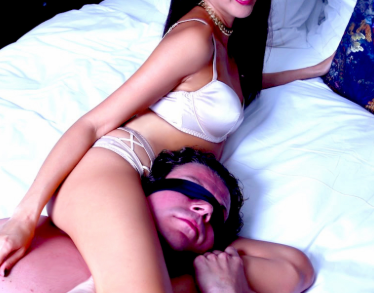 “I am a relatively new female submissive. A potential Master I met gave me a complicated list of rules he wants me to follow. The prospect of following them is very scary to me. What should I do?”

The first thing you must understand is that every Dominant – and every submissive – is different. We might all be learning from similar playbooks, but all of us pick and choose different paths and preferences. There are high protocol and low protocol Dom/mes and subs, weekend and 24/7 practitioners, switches and fetishists. Before you choose a Dominant, it would be best to familiarize yourself with all these different possibilities.

When you first meet a Dominant, even if you like him, you really owe him nothing — other than respect and honesty. Technically, until you decide to enter into some sort of D/s arrangement, you are a free agent. And so is he. Thus, when he sends you a long list of rules he wants you to follow, you are not compelled to obey them immediately. You are still in the “negotiations” phase. This is really a two part discovery process. The first is to find out if you actually like each other. This can border on vanilla considerations; but, human concerns are always critical in any relationship, BDSM or otherwise. After you determine that you like him – or you discover you want him only as a play partner — then you should enter into the “lifestyle negotiations” phase, of which his rules are but one aspect.

Before you discuss the list with him, I suggest (my opinion) you examine it and separate the rules into three categories. One should be those rules you actually like. For example, a popular rule that many subs love is that the submissive gives oral sex on demand. The next group would include those rules you don’t find overly objectionable. For example, asking permission to cum can be a pain for many submissives, but few would consider this a deal breaker. Then you must list those which are hard limits. This often happens when a low protocol sub meets a high protocol Dominant who might require her/him to ask permission to go the bathroom – even when at work.

Once you have these categories firmly in mind, you should ask this Dom whether “category three” rules are negotiable or not. If he refuses, and there are lots of “hard limit” rules in the list, he simply might not be the Dominant for you. If, on the other hand, he is willing to bend his rules a bit, then you can start to get a handle whether this will work. Don’t expect him to tailor his protocols to completely satisfy you. After all, who is the Dom here? But, if you are cool with a lot of his rules, and he is willing to change some before finalizing them, then all might be fine.

The key in all relationships, as stated here ad nauseam, is communication. Your Master’s list can be a good jump-off point to see where you both stand. Plus, after the rules are finalized, you will find that having them in place can be the cornerstone of a great union.

Remember, his list is not an ending, but merely a beginning!