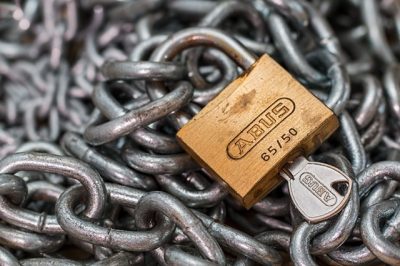 With the advent of the Internet, and its integration into every aspect of modern life, there is constant debate about whether it is a “Net plus” or a “Net negative.” (Sorry for the pun; I couldn’t resist.) But there can be no doubt that the Net has been great for making people feel they are “not alone” in their fetishes. Thus we are all – from the heavy players to the casual players – aware of chastity play. Surly the pro Dommes have popularized this area of play; but it has always been part of the hidden world of D/s. I have written about it here – but now I will try to codify it and make it more user friendly.

The next stop on the chastity railroad (right next to the B&D Railroad on the Kinkopoly board) is longer-term or classic chastity. This can be accomplished without chastity devices. Obviously, if you do not like even the lightest orgasm control, read no further; the following chastity scenarios will probably not float your boat. But, if you have not run the other way yet, let’s continue. Chastity play where the Dom/me does not allow orgasm for the entire scene is a great exercise in Dominance and submission. Many submissives love this type of play; this is one of the most popular scenes that Pro Dommes are asked for. Depending on the arrangement, there can be release after the scene…or not. But, there is no doubt that a full-out chastity scene can be very hot for both the Top and bottom.

Finally, there is heavy/long term chastity play. This is where a chastity device – a female chastity belt or a male cock cage — is used to physically enforce chastity. And it usually lasts much longer than for just a scene; it can last as long as the consensual partners agree that it lasts for. This is not for everybody, to be sure.

By showing you the scope of chastity play, I hope you now understand that it is not an all-or-nothing proposition. And, you might find yourself open to at least some of the scenarios I have outlined. In the words of James Bond, who — when asked if he would allow a cock cage to be put on him – said, “Never say never!”