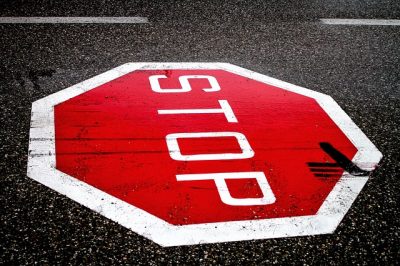 you say NO!!! Things that cause that visceral reaction of revolution or horror.
For some people, that may be playing with bodily waste, clowns, spiders, blood, etc. There are
many things that make us want to hide our eyes or grab the brain bleach. Those things make
good hard limits.
You may not think it’s needed, but trust me, for everything out there that makes most of us recoil
in disgust, there is someone who loves it (speaking as one of those people who love some
pretty strange things).
2) The next most obvious thing is to think of the things that would cause you emotional or
psychological distress. If it’s going to cause you genuine harm, its probably not something you
want to be doing.
3) By the same token, if you have physical limitations, activities that will aggravate those or
cause you harm should also be considered limits. A person with bad knees may make kneeling
a hard limit, as a common example.
If you aren’t sure what qualifies as a kink (answer: pretty much anything you can think of), you
may want to take a look at a BDSM checklist. These are great for determining not only the
things you want to do but also the things you don’t want to do.

4) Think about the things that you would do with a romantic or long-term partner vs a casual
play partner. Would you choose to engage in casual play? Do you want to play with others
outside of a relationship? If so, talking to your partner about the rules regarding that play is
important and will help determine some of your limits.
No sexual play outside of a romantic relationship is a common limit. Keeping certain activities for
one partner is another common approach.
5) If you are having a hard time envisioning what some of these kinks are from just reading
about them, get out and observe some kinky play. I generally suggest people go to a play party
to do this but checking out pictures online works too. I will caution that porn is a mixed bag –
while some of the activities depicted may be regular kinks, they are often done badly or
exaggerated for effect.

I remember watching the first 50 Shades movie, at the end, when Mr. Grey hit Ana with the belt
– I literally called out “that’s not the noise that belt would make!” Hollywood (and porn producers)
will take liberties to ‘enhance’ things for a movie, so keep that in mind.
6) Finally, the only way you will know whether you like some things or not is to try them. I don’t
mean that you should try the stuff you eliminated with #1 or #2 above, but if you aren’t sure
about something, you may need to try it to know. Other things may be super hot in your head
when you fantasize about it but may not feel good at all when you try them in real life. Trying
those things with a trusted partner is often the only way you will know.
I do advise people to try things twice. The first time might be an incompatible or inexperienced
partner. You may be overwhelmed with nerves and not be able to enjoy the experience. For
some activities, like sounding, people find the first time isn’t great, but when they try again,
knowing it won’t hurt and knowing what sensations to expect (it’s a very odd sensation), they
can relax and enjoy it.
So there are six different methods to help determine your limits in BDSM. These aren’t the only
ways, and you may not want to use all of them. The great thing about kink is that you get to
make it into the experience that works for you. If you think one of these things doesn’t apply,
skip it. If you have another method to figure out limits, use it – and share it in the comments! I’m
always interested in hearing other approaches to things.

Morgan identifies as both a Sadist and a Dominant. She enjoys playing with a variety of people of all orientations/genders/identities. BDSM is an integral part of her personal, romantic relationships. Morgan is both asexual and pan-romantic.Prior to her work as a Professional Dominant, Morgan worked in health care. This has allowed her to gain a more thorough understanding of health and safety concerns in kink. She retired due to an injury that lead to chronic pain and disability. It also drove her interest in medical play, as a way to continue to use the skills she learned in health care and to find comfort in the loss of a much-loved career.Morgan has been active in various forms of activism, including LGBTQIA rights and sex worker rights. She is a strong advocate for equality and the human rights of all people.