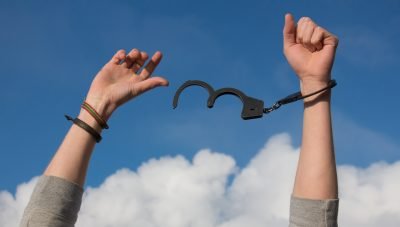 What is a Cathartic Scene?

Why Do People Do Cathartic Scenes?

How Can I Negotiate a Cathartic Scene?

There is no right or wrong way to do a cathartic scene; however, there are some key elements to which attention and care should be paid. Because of the nature of handling trauma and grief, it is important that the emotions of those involved are handled delicately. Engaging in a detailed negotiation prior to beginning the scene is crucial as is an understanding of potential triggers and how far is “too far”. It would be irresponsible to go ahead with a scene if the potential for emotional damage is greater than that of emotional release. Make sure that all parties involved are truly ready to process their emotions in such an intense manner. Confirm safewords first and watch for signs of distress during a scene in case it is necessary for anyone involved to stop the scene and go straight to aftercare. An incredibly important part of culminating a cathartic scene is the attention paid during aftercare. For example, if your submissive is crying and in a highly emotional state, it is your responsibility to comfort and reassure them. To put someone through the paces of a cathartic scene and then leave them in a vulnerable state without any aftercare is negligent. Players, be sure to care for one another, especially within the context of a cathartic scene. The fragile vulnerability inspired by heavy play and pushing boundaries is not to be taken lightly. When done improperly, a cathartic scene has the potential to be damaging. However, when care is taken to see that the scene is done right, beneficial and liberating emotional release can be achieved.