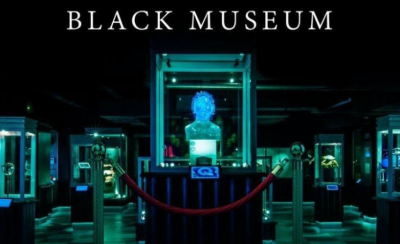 I’m a huge Netflix buff. I binge watch series after series on a regular basis. Black Mirror on Netflix has been one of my favorite guilty pleasures from season 1. They released a new season recently and I binge watched all the episodes in one day, but one episode in particular caught my eye. It was the Black Museum episode.

A doctor is using an implanted device that helps him feel the pain of others, thus allowing him to properly diagnosis and heal them. He also uses the device to have sex with his girlfriend to feel her pleasure, as well as his own. Sounds great, right?

However, a patient passes away while he is connected to them thus switching his brain to view pain as pleasure. He can no longer feel any pleasure unless the person he is attached to is feeling pain. Do you see where this is going now?

The scene in question was one in which the doctor starts to get intimate with his girlfriend. Since he no longer can experience pleasure for pleasure’s sake, he must inflict pain on her in order to feel pleasure for himself. Cut to a scene in the bedroom where the great doctor is spanking his wife from behind, her grunting and gritting her teeth. She is clearly NOT enjoying this. He becomes more and more aggressive until she yells, “Okay, okay! Safe Word, Stop!”

He becomes agitated with her because she has stopped his pleasure. She had consented to trying this rougher sex, hair pulling, choking and butt slapping but it was all too much for her and she was not into it at all. He asks her to stay and apologizes to her but then negates his apology by beginning to hurt her again, at which point, she leaves for good. The episode gets more absurd when it comes to the doctor and his growing relationship (nay, obsession) with pain, but I’ll stop with just this scene.

We would love to hear your thoughts and responses in the comments below.

FUN FACT: This portion of the episode is taken from a short story by Penn Jillete (of the Famous Penn & Teller Magicians in Vegas) called “The Pain Addict”.  According to Wikipedia, “Jillette came up with “The Pain Addict” from this experience, where there would be technology that allowed a doctor to understand what pain a person was suffering, but, as described by Jillett, this guy gets addicted to it and starts beating people to feel their pain. He also goes through S&M and all he wants to do is jack into Jesus on the cross. He wants to feel that pain.” Apparently this story was rejected for being too dark, but perfect for an episode of Black Mirror. If you know anything about the show, you’d see how correct that statement is.