Home » For The Love Of Spanking 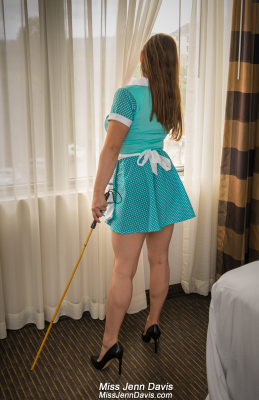 Miss Jenn Davis has been a Professional Disciplinarian & Spankologist for the past 4 years. Although she is based out of Seattle, she spends most of her time touring the US. She does phone consultations as well as producing and starring in spanking and fetish video and audio clips. Her website is http://www.missjenndavis.com