Home » Let’s Talk About Aftercare For The Dominant 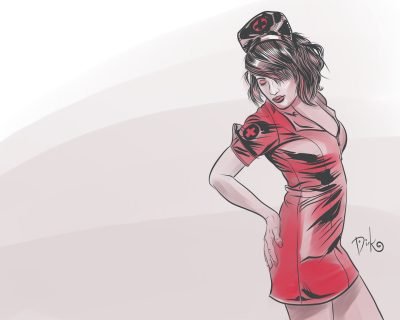 Before I get started, this article in no way is meant to minimize the incredible importance of providing aftercare for the submissive. For a Dominant, taking care of the person you just played with is just as much a priority as negotiation, consent, and safety during a scene. Tops or Dominants must take care of the mental and physical needs of their partner first, foremost, and always.

Also, if you’re a submissive and you’re reading this, I want to stress that your Dominant is the number one source of information about how they are doing. No article should take precedent for the ongoing, open, and honest discourse you should be having with the people you play with regularly.

Let’s step back a moment. If you’re a Dominant, then you’re in charge! Doesn’t it naturally follow that all your post-session aftercare will be taken care of? Not necessarily. There are several reasons that you might not be getting the aftercare you need.

Whatever the reason, here are some ideas for aftercare for the Dominant. Most of these are focused on players who are in a relationship. A single scene typically won’t require much besides a sincere thanks for a fun time and some feedback- if that’s requested (or a hug, hugs are always good). But an ongoing relationship gets more complicated.

Physical Aftercare for the Dominant

Some scenes are physically challenging in one regard or another. Throwing a heavy flogger, intricate rope-bondage, primal scenes, and other things can require strength and stamina. If you’re a weekend warrior your muscles may not be warmed up. No matter how old you are, there’s always a possibility that something zigs when it should have zagged.

These ideas for aftercare might help get the Dominant back in the game quicker.

These are mostly things for the Dominant to initiate.

Mental Aftercare for the Dominant

I think the mental aspect of aftercare is more significant (and more complicated) than the physical part. If your arm is sore after throwing a whip, that’s obvious. Your mind and your feelings are much more mercurial.

Here are some thoughts on how a submissive can provide aftercare for the Dominant.

Aftercare for the Dominant may take many other forms and will obviously be as varied as the people who take that role. The only way to know what your Dominant needs after a scene is to talk to them. You might be surprised by what you discover when you bring up the subject.

Do you have any other ideas for aftercare for Dominants? I’d love to hear them in the comments below.