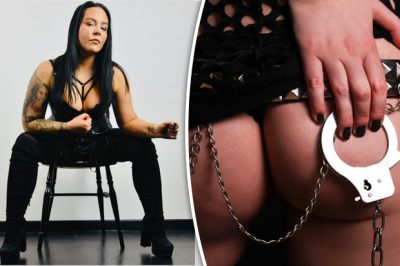 I’ve had a fascination for mummified gals since I stumbled across a 1930s magazine cover in a late ’80s pulp anthology. It featured a damsel-in-distress mummy-wrapped up to her lovely shoulders, a gag plastered over the lower half of her face, about to be locked away in a sarcophagus by some dastardly villian. The artist had managed to create a sense of tension and action in her pose, having her bent over and twisted such that the sense of struggling was apparent. And of course, her wide eyes projected the terror the poor girl was in store for should her valiant hero not successfully rescue her.

It wasn’t too long after that I began to come across videos where a beautiful model was wrapped in duct tape from ankles to shoulders, mmmph-ing through her tape gag that she be released. It was a heady mixture, gorgeous gals wrapped in what seemed absolutely inescapable bondage, futilely struggling in the vain hope that they could somehow free themselves from what was obviously the ultimate in tied-up security.

Fast forward a dozen or so years. I’ve now got my very own bondagette who’s willing, anxious even, to experience such a mummification. What’s the appeal, I wonder? I know what it is that’s tripping my trigger, but could they possibly find the idea of being wrapped head-to-toe in duct tape appealing.

The answer, at least in my experience, is abso-fucking-loutely.

The simple fact is that, if you’re someone who enjoys the feeling of being made helpless and tightly compressed, being wrapped up like a mummy can be the ultimate in powerless constriction. But it’s not exactly an effortless task for either side of the equation. Education, comprehension, and understanding are absolutely essential.

But let’s back up for a moment. No matter which side of the slash you’re on, mummification (or encasement) is not necessarily something you may find appealing. But even if you’re a big-letter-type and aren’t interested, your little-letter-type may find it extremely appealing, particularly if they’re into tight restraint.

Because, here’s the thing; being wrapped up like a mummy leaves you feeling completely and utterly snug, restrained, and helpless without the pinchiness and discomfort inherent in other forms of bondage. You’re wrapped snug and warm in a duct tape cocoon, waiting to emerge as a beautiful butterfly. Or a mind blowingly session of coitus… YMMV.

Still it can be one of those things that seem complex and advanced when the reality is… it kinda is, and kinda isn’t. Indeed, it can be a relatively simple endeavor provided you have the materials at hand, climate controlled conditions, and a willing bondage bunny.

First, some basic safety. You’re going to placing someone into a cocoon which doesn’t breathe, and into which sweat will accumulate over even a relatively short period of time. The space you’re working in should be cool and relatively dry, not humid. This is not something to do at that outdoor camping event in July.

Also, it’s good if the bindee is someone who can stand with relatively good balance, as they’ll have to be standing at the very least while you wrap their legs and ankles. If they aren’t, then someone to help them balance, a “holder” if you will, is a very good idea.

If you’re ready, you’re going to need some basic materials:

– Duct tape of course. Two to three rolls is a good idea. Not the Gorilla tape, as it’s thick and inflexible. The cheap dollar store stuff isn’t bad, although you’ll probably want to do a second, smoothing layer with better tape.

– Cling wrap or pantyhose. Contrary to popular belief the duct tape does not go directly onto the skin. You want to have a barrier, and the cling wrap or pantyhose work exceptionally well. You can also do the tape over clothing although I’d only recommend this if you’re willing to sacrifice said clothing. The tape glue can leave a very messy residue.

– Safety shears. These are an absolute necessity as they’re by far the best way to cut the mummy loose.

Let me start by stating that this is not the end-all-and-be-all of mummification primers. But my girl and I do have some small experience in the matter and I’m going to attempt to address the quick-and-dirty, nuts-and-bolts for some personal fun in the bedroom. Also, for the sake of simplicity on my part, I am going to have the person getting mummified be my girl, zeirah (say hello zeirah) and the person doing the bondage be me.

Start by wrapping each limb (arms and legs) separately. The key here is you don’t want skin-to-skin contact as that can be uncomfortable. If you’re using pantyhose cut a hole in the crotch and have her pull them on like a shirt, then put on the legs as normal. If there’s a gap between the top and bottom you’ll probably want to put some cling wrap there.

Next there’s positioning and padding. Determing what’s most comfortable, hands behind, at the sides, or crossed across the front (like an actual Egyptian mummy!). If you’re going to want her boobs free then this last one may not be the best idea (although I’ve seen it done).

I’ve found that most gals like some sort of padding between their knees and ankles. You can use a folded washcloth, old t-shirt, socks, panties, egg carton foam, etc. Check fit for comfort ahead of time however.

Have her put her hair up if it’s long.

Now it’s time to start wrapping (if you’re using pantyhose go directly to duct-taping). The key is to make it tight and snug as you can, as the overall compression tends to be the appealing part. This part can take a while, but not as long as the next part:

The thing to remember about duct tape is that it doesn’t stretch, and it wants to go on straight and flat. If your girl is like mine, she is neither of those things. So you won’t be putting on the tape in one continuous strip from top to bottom. Indeed, you’ll probably end up doing it in repeated three and four foot lengths, carefully places one after the other. Don’t worry if the first coat isn’t smooth; if aesthetics are your goal a second go ’round (or second “coat”) will fix that.

Now a note about the duct tape you use. The cheap stuff doesn’t stick as well, but it’s good for a first coat. If you’re only planning to do one coat, then you might want to use the stickier stuff, as you’ll be surprised at how easily she might be able to get loose.

Now as you’re wrapping, pull it snug (this is extra important if you’re going over the pantyhose). I generally go from the top to the bottom, and it takes anywhere from fifteen minutes to a half-hour. If you’re planning on a second, smoothing coat, I’d recommend doing the torso before you do any wrapping on her legs so that she doesn’t have to balance like that any longer than necessary.

Once she’s wrapped you’ll probably want her to lie down, either on the floor, the couch, massage table, or your bed. If your girl’s light enough that you can pick her up and carry her, no worries! If not, have her hop to where you need her to be (while holding onto her lest she fall over), then have her go stiff while you grab her shoulders and lower her down.

Once you’ve got here there, now what? Well you can use your safety shears to cut out certain areas to tease and torment. You can tickle her feet. You can straddle her and have her suck your cock. Or just leave her to enjoy her compressed helplessness. If you’ve done it right that is pretty much a completely secure bondage, one where she can barely move. It’s one that can confound even the most limber, flexible, and athletic of models.

Once you’re done with all of your malevolent ministrations, it’s time to let her loose. And it’s here that you’ll find one of the best things about mummification; how quickly it happen. Take your safety shears, carefully cut from top to bottom and, voilà, she’s suddenly free! It’s not unlike a butterfly being released from a coccoon.

So what are you waiting for? Get out there and get to wrappin’!