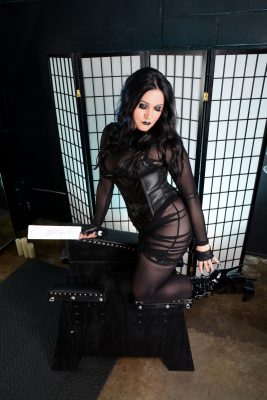 Relationship dynamics are so very individual.  Vanilla or kink, everyone has to develop their own working model.  The funny thing is that if you google the words “relationship dynamic definition,” you get a bunch of articles and book recommentations, but no actual definition.  I thought I’d take a stab at it.

I really like the part that implies that relationships are constantly growing and adapting, because that’s definitely how I see it.  The question then becomes how does one find the mythical “relationship dynamic” and wht kinds of dynamics can one build?

Obviously, the most common relationship structure that gets attention in Kink is that of a Dominant / submissive pairing, though polyamorous structures are possibly even more common.  I also tend to see quite a bit of literature on structuring Master / slave relationships.  Any of the relationships we build in the Kink Community can be as sexual or non-sexual as the participants desire.

The things we don’t tend to see as much of are pairings such as Handler / pet or even Daddy / little or middle or babygirl, Stag / vixen, and a host of other possible combinations.  Perhaps because I’ve been looking I have seen more informative writings about those types of relationships lately, though they have required me to search with more deliberation to find them.  It gets even more interesting when we begin to combine elements from different areas of kink into one relationship dynamic.  Perhaps an individual identifies as a submissive but also a primal prey.  It is easier to find a match in a Dominant Primal Hunter than when someone identifies in ways which seem conflicting.

Those large categories can often carry some societal assumptions, even within our more open-minded community.  Think for a moment of the word submissive.  We often make some broad generalizations about an individual who identifies that way.  We assume that person must either accept pain or be a masochist along with that submission, but those things don’t have to go together.

What happens to someone who clearly identifies as submissive bottom but who is also a sadist?  Does this person require poly structures to get what they want, since the likelihood of finding a Dominant masochist is smaller, or hold out hope of finding everything they need in one partner?  That is a decision only that person can make, but it reminds us that even broad categories can be confining.

It can become even more challenging when an individual identifies in more than two categories.  I identify as a babygirl, but also as a submissive and as a slave / property.  Finding a Daddy Domiant / Master was quite a challenge.  For me, though, the rewards of being able to develop a relationship dynamic which feeds more of what I need was well worth the effort it took to discover and develop it.

I get a lot of questions from people who are wanting to develop similar structures, or even other types of less common combinations, but are unsure how.  Prehaps they have read something I wrote and notice that I tend to swap back and forth between terms of address for my Dominant, and they are left with quesrions.  We are often faced with people who want others to be only one thing, to be more easily categorized.  That may work well for some, but there are many of us who don’t feel one category adequately describes either us or the relationships we build.  Sometimes it helps to look to others who have built similar structures and engage them in dialogue.  The one piece of advice I can offer is this.

There’s a song about time and patience.  Unfortunately, for those of us who want to build any relationship, we have to start from the ground up.  From individuals who only want a relationship which falls into one category to those who want theirs to span several, they all require participants to clearly communicate both their desires and their needs for the relationship.  Those things may be different, and deciding if something is a need vs a want can be challenging.

Once each individual has determined their needs and wants, they should communicate those to one another.  I find sitting with a written list can help ensure I’m not forgetting anything I felt was important enough to discuss.  I have a tendency to bunny trail a bit…

After having communicated, the relationship can be adjusted to accommodate those agreed-upon aspects, as well as to see what is working and what isn’t.  Perhaps it may even include adding additional elements that had been on the “want” portion of the list but which have transitioned to the “need” portion.  Those things rarely remain static in an individual, let alone a pairing or poly grouping.  This can be similar to a renegotiation, and may involve sitting down with lists again for a conversation, or can be as simple as a few words of agreement as an aspect comes up and requires attention.

I firmly believe that one of the most important characteristics of a healthy long-term relationship dynamic is fluidity.  The ability to adjust to the changes and emergencies life can often bring may make the difference in the longevity of the partnership.

Like any other structure, such as homes or boats, building a relationship dynamic requires time and effort to create something which will not crumble when stormy weather assails it.