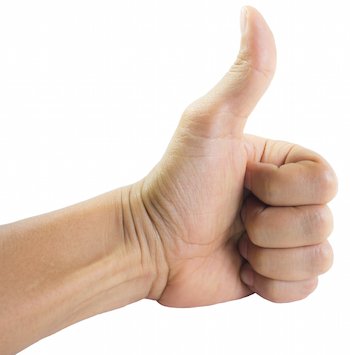 “Consent is key.” People in the scene say this all the time. This is because it’s true. Consent is what separates responsible BDSM and abuse. I can, unfortunately, give several examples of consent violation that I’ve witnessed or experienced personally. I’d be willing to bet that anyone in the scene longer than a week can say the same. (ok that may be a bit of an exaggeration – but not by much) Someone walking over and picking up someone else’s toy without asking – better yet picking it up and then using it. A D-type grabbing an s-type by their hair who doesn’t belong to them. Someone being asked to help in a scene by holding the s-types leg, then they proceed to let their fingers wander to places they had no right to touch. An s-type starting to worship a D-type’s boots when the D-type is in the middle of play and has not been asked to join.

Those were all examples that I witnessed or was connected to in some way. That was by no means a complete list. These things are simply not ok. Period. Ever. It seems as if this type of behavior has increased a bit recently. I have a couple theories as to why. Now, my theories don’t explain all incidences obviously. Heck, my theories may be totally off. They come from my own observations and experiences. Also, some people are just asshats – that has been, and will probably always account for, some percentage of the problem.

Theory number 1: It’s a new generation of kinksters. Rules, protocol, old tradition, etc. have been watered down. The next gen is doing it differently. This is fine and, regardless of my opinion about it, is the way life goes. Yet with that has also come a more “casual kink” mentality. We’ve also had many new people arrive into the community after being exposed to pop culture representations of how they think things are – which is not even close to reality.

Theory number 2: It used to be that the kink and swinger communities were fairly separate from one another – with very little overlap. However, with the further acceptance of kink and the growing curiosities about it, it seems that overlap is growing quickly. I am going to make a generalization here – so please don’t jump down my throat telling me this doesn’t apply to all swingers. Disclaimer: I realize that this theory does NOT speak to ALL swingers – or perhaps even most. However, based on, again, my observations and personal experiences it would seem that consent is dealt with very differently in these two communities. From my perspective in the swinger scene, consent is assumed until it is removed – while in the kink scene, consent is not assumed until given. This difference can, and does, easily contribute to at least a portion of the rise in consent violation. (Again, in my opinion.)

Then there are the aforementioned asshats.

In all cases I think education is the key. Whether that means suggesting people go to classes or if one-by-one we find “teachable moments” to pass down the knowledge we possess if we are more seasoned kinksters. I like to give people the benefit of the doubt, especially if they’re new, that they don’t know any better. However, if they continue to cross boundaries and ignore consent expectations then that’s where behavior is no longer tolerated.
So, if you’re new – educate yourself. Go to classes, ask questions. If you’re not new, try to find ways to kindly pass down the knowledge you have. Consent is key.