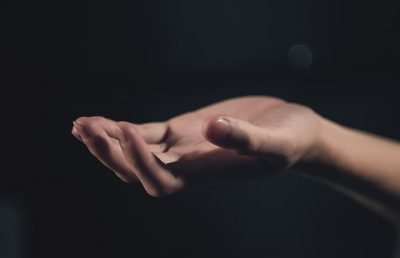 I’ve written before about protocol – but this article is to go into the subject a little further.  I want to talk about different levels of protocol.  Low (or everyday) protocol, medium protocol, and high protocol.  Keep in mind that one person’s “medium” can be another person’s “high” or someone else’s “low”. Also, some D/s relationships may choose to maintain medium or high protocols and not allow low protocol with perhaps just a few exceptions. I will describe these categories with various examples to give you a general idea of what I’m talking about.

This refers to the most casual form of protocols.  These may include protocols that aren’t as obvious to the vanilla world. Or being in “low protocol” may simply mean you aren’t adhering to most of your protocols with a few exceptions, like coffee service for example.

For many people in D/s relationships this may be their everyday protocol or for some it may be the protocols that they adhere to whenever they are at a kink event.

So what would this perhaps look like in reality?  I’m going to use one type of protocol as an example and explain how it would be done in low vs medium vs high.

Let’s start with a fun one – bathroom protocol!  Lol  If this is a protocol that’s followed then the low/everyday version may be that the s-type must let the D-type know that they are using the restroom.  The medium version is the one many people are more familiar with.  This would be where the s-type must ask permission to use the restroom.

Wondering what the heck high protocol would look like?  Some people think it may be that the s-type isn’t allowed to go to the restroom.  Not quite.  Typically it may look like the s-type isn’t using the restroom, when in reality they are simply having to wait for permission to use the restroom – they may not ask.  This, of course, means that the D-type needs to pay close attention!

These are just a couple of simple examples – something to give you an idea of how protocols can be used in different ways.  As I mentioned before – these are general examples, one person may treat the medium bathroom protocol as their high protocol, etc.

You can also use different collars to represent the level of protocol you’re in.  For example – when in low protocol perhaps the s-type wears an everyday, or casual, collar.  In medium protocol situations there may be a more traditional or fetish collar used.  In high protocol the s-type may wear a fetish collar or perhaps a posture collar is used.  These various collars still represent the same relationship dynamic.

Added note – in some circumstances protocols of any kind are more difficult.  Vanilla settings, family functions, etc.  Some people may decide to temporarily remove protocols or come up with “vanilla protocols” that represent the protocols they have in place but that are very discreet or aren’t noticeable.  For example, they have a protocol in place where the s-type must ask permission to start eating.  This may be viewed unfavorably by a more mainstream crowd.  So, instead, they decide that the s-types way of “asking permission” is to comment about how good the meal looks/smells, etc.  Then the D-types way of “giving permission” is by agreeing that the food look/smells delicious.  Nobody is the wiser but the D/s couple has stuck to their protocol, under the radar.

I hope this gives a bit more insight as to how protocols can be used in different ways.