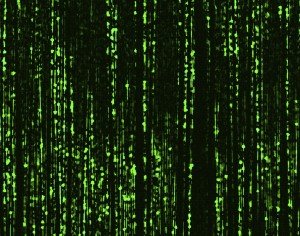 This got me thinking. While I can see both perspectives and understand how many people will see it from Kathy’s perspective – I have to say I see it from Boogie’s point of view. This is not a right or wrong issue, it’s subjective. They continued their conversation in their own unique direction, so here is where my mind went with it.
I think it comes down to how honest and open people can be – whether it’s with a romantic partner, friends, coworkers, family, etc. It’s not to say everyone needs to be kinky. However, how many people out there are kinky or simply not happy with their sex life who feel they can’t discuss it or don’t know how to discuss it? How many really interesting conversations don’t happen because the subjects are “taboo”?

I have the experience of having lived a vanilla life with a vanilla marriage with regular communication and expectations. I have vanilla friends and family that share with me their experiences. Then I compare all that to my more recent relationships in the BDSM world and with D/s dynamics and I can’t help but say I’m relieved I found this “world”. First of all, I now have so many people in my life who I can have a conversation with about ANYTHING without judgement nor fear of being looked at or treated like a freak. Keep in mind I have broken some of the barriers between worlds as I am “out” to my friends and parents who are very supportive of me. Still, there are things I may not bring up with them just because I don’t want to put them on the spot or embarrass them. However, at least I can be honest about who I am and the lifestyle I live.

Now let’s look at romantic relationships. This is where I see a huge difference between worlds. This opinion has been formed from, not only, my own experience, but also people I know, as well as clientele over the years. I could sit here and go through a ton of differences between vanilla and D/s relationships, however I believe one of the biggest differences that effects couples the most is transparent communication. I cannot express how important I think this is. For two people to learn how to (and actually practice) sitting down and having the most real conversations of their life, not only helps them resolve issues, but also brings them a level of understanding and connection they wouldn’t have otherwise. If you’re not sure what I mean by transparent communication, I will give you a quick (and not too heavy) example.

Same scenario, two different couples. One vanilla, one D/s (or vanilla but utilizing T.C.). I will use the heteronormative husband and wife. So the scenario is that both husbands and both wives work outside the home, yet the wife is also expected to do some household chores which includes laundry. The husband continuously throws his dirty socks towards the laundry basket but often doesn’t make it inside the basket and doesn’t bother to fix it. In the vanilla relationship the wife constantly “nags” the husband about his socks and they keep fighting about it whenever it happens. Or maybe after a while she stops nagging and just becomes quietly resentful. The husband is thinking his wife is overreacting because what’s the big deal? When she grabs the basket to do laundry it’s not that hard to grab whatever is around on the floor. So they have this spat for years. Now, let’s look at this with the other couple that uses T.C. The wife sits down with her husband and actually expresses, without anger, why she gets so frustrated with the socks. That it makes her feel unappreciated and why. The husband now has a deeper understanding for how his wife feels and can not only express remorse for hurting her feelings (because that was never his intent) but is much more likely to stop the behavior because they aren’t caught up in a power struggle.