You are here: Home / Article - Kink Weekly / Be Aware When Your Sub Spaces Hard 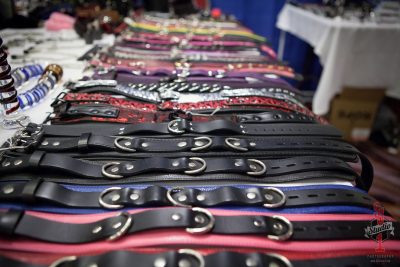 As a Dom, you’re looked at and expected to always be in control no matter what, and that you’re managing everything within a scene. It’s a lot of hard work as many will acknowledge. I know a couple of Sub’s, my FunUnicorn included, who after being allowed to top for a few hours/a night promptly gave that control straight back with a swift “Fuck that!” due to the stress they felt to make sure everything was right and under control.

It is tough work and gets even tougher when a Sub enters subspace. I’m sure many are aware of the term and this writing isn’t to explain it, there’s plenty of other writings that do that. But I just want to bring people’s attention especially new Dom’s, something to think on. As a Dom can you manage yourself in the times when she goes deep into subspace? The level when they can no longer speak and their mind and ability to communicate is very much elsewhere? Do you have control of yourself?

It takes a lot of trust for a Sub to be able to let themselves go this much. To relax and trust enough to subspace so deeply and further than most. To get to a point where a Dom could literally do anything they like to a Sub and they wouldn’t try to stop them, or at times can even go so far as to encourage them for more. Often when it gets to this point it can be hard to communicate effectively and know what is going on with a Sub too. Safe words can go out the window. It is in these moments you really need the most control as a Dom. To be able to asses and take in all that is going on. This is not about you in these times, but all about your Sub.

For myself I took a long time just getting to know FunUnicorn, even before we first played together. So much so that once, even in a very early scene together, I could tell something wasn’t right and that we needed to stop instantly. Without sounding arrogant, I’m very observant, but in this scene I picked up quickly what something was wrong, even in the middle of fucking her hard. She was spacing so hard that she didn’t even know what was happening to her own body. But it did bring home to me that Dom’s always need to be alert to what is going on, at all times. You need to be able to stop at ANY second if something is wrong.

The key is to know when they are starting to or have dropped that deep. Always keep communicating with them. If you don’t get a intelligent reply, know the signs she gives off. Terms like “Use me Sir”, “Give me more Sir”, “Please don’t stop” are often what a Dom strives to hear. However if that is all they are able to get out, or it comes out almost chant like, then don’t take it as an invitation to go harder or to do what you like. Continue by all means, but only if you have taken into account everything that is going on, you know your Sub is safe and doing anything further is in HER best interests. There is a fine line between between further pleasure and abuse at that point.

Remember communication, be it verbal or other is still key and as a Dom your Sub’s safety should still be your number one concern. Sometimes that does mean stopping when she is begging for more. I freely admit at certain times this has been tough to do, as we have both been enjoying the space we get into so much. Other times she has even been frustrated that I have stopped, at least until she comes back from deep space to real time and realised it was actually for the best. Once they have regained their senses too it is always good to communicate why things were stopped and what was going on. They will need to hear these words from you and that you did it in their best interests.

So strive to get your sub to a deeper subspace, but be aware at all times. You need to show and prove you are the Dom she knows and trusts. The benefits to this show of strength, knowledge of your Sub and ability to care are amazing, trust me.