Home » Is This Your Community or Not? 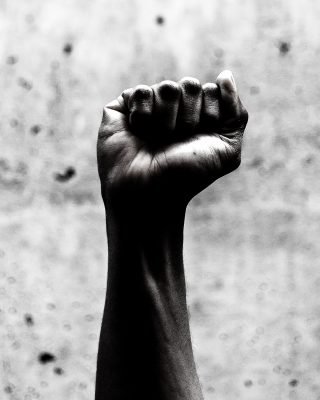 Long before the virus broke fully out, I had my own ideas about social gatherings, touching, close quarter playing and more. To be honest, I don’t really like being in an enclosed space with sweaty people and body fluids. Beyond my general dislike for my own sweat, let alone someone else’s, I’ve witnessed quite a lot of hot topics for me over the years:

You will notice, I also rarely eat at a kinky event. Hands? Balls? Sweat…Cheetos? Need I say more? Call me what you will, but I really, really hate germs. The difference before was that I felt safe having the tools I needed to make myself feel “clean” after leaving said events or germ-ridden encounters.

Don’t misunderstand what I’m saying here: I sweat like a fat girl who has run a 5k during most of my scenes, I spit in my sub’s face, I’ve done “dirty germ-ridden” things in what I felt were a more controlled environment.

What I am saying now to the kink community is, we’ve effectively lost control.

It’s not necessarily due to anything on our part, but on a whole, globally, control of cleanliness and sanitation has been lost. Even in our little bubble of kink, we still exist on a global scale. The frantic, herd mentality, end-of-times bulk purchasing of soap, hand sanitizer, toilet paper, and paper towels is an ill-executed attempt from individuals to regain some semblance of control right now. It’s a scary time in the world of COVID-19 – the invisible, nearly undetectable, virus that is infecting, and claiming innocent lives of humans sadly, even as I type this. Everything we’re doing right now is driven by fear and fear is often faceless but breathes down our necks like a hot high-noon summer sun. It can make us delirious and irrational in our actions.

The normal distribution system we are used to is like a well-orchestrated ballet and right now we are so out of tune and out of sync.

Without being too cruel, I’d like to challenge everyone to look within their own community as it stands. Forget, the king of the hill tactics of imaginary seated “leaders”, there are no true leaders in this community. The quicker we can admit that, the better we’ll be. We have no authority to appoint such. We may follow, like, and attend classes on topics and with presenters and organizations we like but none of us are “in charge”. That’s why it’s doubly important that you, as one person, in your own community look at the actions of those around you closely.

I am in no way surprised that in the Washington, DC metro area (and across the country) there are still foolish party promoters, douchey event planners, and dumb and dumber participants still holding on to the notion that kinky parties, and physical socializing are acceptable.

Anyone who is attempting to promote, organize, or attend a kinky event as of March 15th does not care about your community.

It’s not their community, because if it was they’d know better. It’s your community and it’s your responsibility to step up and show out where needed to boot kick these irresponsible idiots into the center of our “town square”. Not only is it predatory in nature to promise the people something you know they want but shouldn’t have, it’s immoral to continue to ignore the advice of specialists who are far more qualified to tell us that gatherings including hallmarks of kink should be halted.

I like kink. It’s a part of my everyday life, no matter how small. I know how much everyone just wants things to go back to normal, how much people just “really need” to be spanked, why some people’s carnal desires are like an itch that can’t be scratched right now. I can understand how dynamics and relationships of all sorts are being put to the absolute test by social distancing and self isolation but…

Is this your community or not?

We are no longer (and never really were honestly) bound by our geographical location. And if there ever was a time to support your local clubs, dungeons, boards, munches, and community virtually by way of donating what you can (large or small) or offering volunteer services when (and if!) they are able to get back up and running, that time is now.

Again, the time is now. If we want a community for tomorrow, we must think about our actions today, or else the community we knew will be nothing but a distant memory.