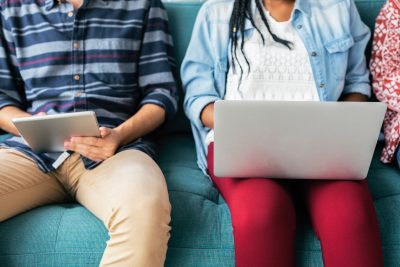 I’ve certainly visited my fair share of dating sites over the years. And I’ve encountered people randomly at munches, or on FetLife, which has led me to scrutinize their profiles that I might, perhaps, get to know them just a tiny bit better. And, friends, I’ve got something I need to tell you…

Y’all’s profile game ain’t what it needs to be. It ain’t what it could be. It ain’t what it should be. I’ve met a great many of you and found you to be friendly, intelligent, charismatic, well-spoken, introspective, and erudite. But when I look at your profiles I see a lot of clumsiness, carelessness, laziness, and lack of attention that you wouldn’t give to your personal appearance on a “jammies, Netflix, and wine” day spent lounging around the house.

So few people seem to have mastered, journeymen-d, or even apprenticed the art of writing a profile that, based strictly on said profiles, I’d have to seriously question the intellectual capacity of the majority of those on dating sites. When the simple expedient of having a profile that’s succinct, informative, entertaining, and typo-free sets you head-and-shoulders above all others, you’d think that more people would put forth the relatively minimal effort required.

It’s kind of a low bar to achieve. Even my own girl, bound and gagged, could probably hop right over it (and isn’t that a sort of vision of kinky loveliness to randomly throw into a column’s opening?).

Yet what I see is a lot of bitching, moaning, kvetching, carping, bellyaching, grizzling, griping, whining, and whinging about all the fakes , charlatans, players, rudeness, inconsiderateness, and general lack of responses they encounter. Meanwhile, the people who’ve figured profiles out are meeting friends, play partners, subs, Doms, slaves, Tops, and more.

So in the interest of making for a generally more open, congenial, charming, and overall friendly online community, I’m offering a bit of a primer along with a few hard-won basic do’s and don’ts for putting together a successful profile, one that the people you’d potentially want to meet will actually read, comprehend, and respond to.

But before we go further a quick note on perfunctory “bookmark profiles”. There are those on FetLife who’re just here out of a vague necessity. They leave them blank intentionally, by design. These’re perfectly valid and serve a very useful purpose for said individuals. But, arguably, they’re the exception which doesn’t prove the rule. This column isn’t really for or about them. Do what thou wilt and get on with your bad self!

I HATE WRITING THESE THINGS

Who are you exactly? While we may spend entirely too much time navel gazing, comparing ourselves against other, silently judging everyone around you, how much time do we actually spend thinking about who we are?

You don’t necessarily want to start with the kinky stuff.

What do you do for a living? Is it important to you? What do you do with your free time? Do you have any hobbies? Do you like to drive? To travel? Are you a sneakers and flip flops type, or do you prefer dress shoes? What’s your living situation? Rent or own? Where do you see yourself in five years? Educated or School of Hard Knocks? What does your family do? Who were your people? Are you spiritual or religious?

And then get into the kinky stuff.

What role do you like to play? Or are you a more generalized sort? How long have you been at it? How long have you wanted to be at it? What were your early inclinations? Early formative experiences? What drew you to kink? What’re your interests? What’re your specialities? What do you find intriguing? Is it a dalliance or a lifestyle? Are you a community member or a loner? Do you want to settle down or play the field? How important is kink to your day-to-day?

There are as many questions as stars in the sky. Don’t limit yourself. Be creative. Look at other profiles. Steal! Well, not their profile, but certainly their format or technique.

Look in the mirror. Then write about what you see.

… DON’T make it too long. Nobody wants to wade through all of your accomplishments, background, wants, needs, hopes, dreams, skills, awards, and experience. The KISS principle is in effect: Keep It Simple, Stupid. If you want or need to elaborate, do a separate writing and add a link. Links are astonishingly easy to add on FetLife.

… DON’T rant, bitch, and moan. Because nobody wants to hear your ranting, bitching, and moaning. There are television programs, radio shows, books, even movies dedicated to such things. If you must, do it elsewhere.

… DON’T try to portray yourself as other than you are. Because you may feel like most people won’t find you appealing, but you only need to honestly appeal to those people who will.

… DON’T spend too much time talking about what you want. Because nobody comes to your profile looking for a checklist to compare themselves against. Seeing a profile filled with “you musts” is simply a turn off. “I must” move along to the next profile which is, hopefully, better written.

… DON’T trash talk anyone. Because the person reading it is gonna go, “Hmmm… he could trash talk me next!” This of course excludes trash talking about serial killers, mass shooters, and genocidal dictators, because Hitler and Ted Bundy.

… DON’T leave it blank. Because a blank profile says, “I don’t give a shit”. And if you don’t, then why should we? You’re not mysterious, you’re not a closed book, you’re not secretly wizened. You’re lazy and need to make an effort.

… DON’T talk about how you’re “an open book” and “ask me any question”. Because asking questions requires some vague knowledge of a person, and you’re not sharing that. Better to ask, “Do you still beat your wife?” or “Do these jeans make my butt look big?”

… DON’T put the “university warning”, because it’s bullshit, wouldn’t make a difference anyway, and just makes you look clueless. Seriously, how does this thing continue to propagate and why is it still around.

… DON’T lie. Because the truth will always come out. Eventually.

… DO make it informative, breezy, and funny. Because people who’re entertained will want to keep reading. Think about who you are, where you are in life, what you bring to the table, and what makes you unique. But always remember the KISS principle.

… DO hit the “return” key a lot. Because nobody wants to wade through a paragraph that’s 20 or 30 sentences long. And always double-space between paragraphs.

… DO make it funny. Because everyone like the funny. And people who don’t take themselves too seriously are the people everyone likes.

… DO tell the truth, even if it’s bad. Because the community, as large as it may seem, is too small for you to hide, so don’t bother trying. Don’t dwell on it, but if you have negative shit, own it. Pobody’s nerfect and trying to pretend that you are is a sure recipe for disaster.

… DO be humble. Because nobody likes a braggart. But at the same time…

… DO list your mad skilz. Because you worked hard on them and people will want to know what you’re good at, what you’re generally focused on. But, again, remember the KISS principle.

… DO put up a userpic. Because that question mark says, “I don’t care”. It doesn’t have to be you, but it should represent you. And have some pics in your gallery that are you as well, but keep them “friends only”. Remember: nobody will condemn you for keeping your face pics private, but friends will want to see you.

Edit: I can understand why someone would want to be on ultra-secret double picture prohibition. But you should still have pics that represent you.

… DO proofread. Because typos really make you look stupid and clueless. And while you’re at it, know your “its” from your “it’s”, your “there” from your “their”, and your “your” from your “you’re”. And always use the Oxford comma.

In summation, take time on your profile. Open a word document. Love it. Craft it. Cherish it. Make it your own. This is you to people who’ve yet to meet you. It’s important to make the best impression you can.