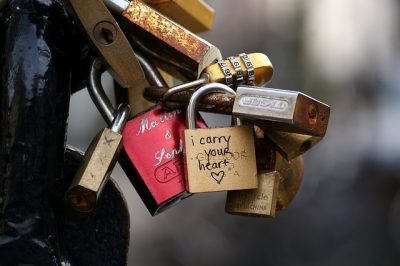 While these relationships may look different on the surface, at the root of them, they are characterized by one individual having the final say when it comes to decision making.  That doesn’t have to mean the other party / parties have zero input.

There are books written about contracts and power exchange, so today, I’m just going to share what some of our structure looks like and how we got there.

We began power exchange as a scenes / bedroom only experience.  I had full autonomy in my own life, yet when the mood shifted, my dominant partner took the reins clearly and decisively.  As our relationship progressed, we realized we weren’t satisfied to keep our power exchange confined to that pocket of our interactions.  We began the process of expanding it to other areas with an assignment.

I was to acquire a journal and create an entry, the first of many.  My topic was to write about the areas of my life in which I was willing to relinquish control and which I was unwilling.  Following an amalgamation of advice from multiple power exchange books, I wrote about family, friends, work, finances and hobbies.  There were so many others I could have included, such as personal grooming, chores and such.  I stuck to the basics, though, tentatively giving him control in a few minor areas to start.

While I didn’t draw a line in the sand and demand he earn my trust or submission, I did hand him more and more large categories as we progressed.  It was never an all-at-once power exchange, but more gradual in nature, despite the amount of time it took from an outside viewpoint.

After sufficient time had passed for us to be more certain of one another, we had another conversation.  We had both hinted at interest in TPE and I had done reading in advance of the conversation.  I chose books on Master / slave relationships, general power exchange, and kink relationships involving Dominance and submission.  Armed with that knowledge, we were able to discuss what we both wanted our relationship to look like moving forward.  I gifted him my safe words as a show of trust, along with any remaining areas of my life he hadn’t already had the final say over.  We agreed to a brief trial period, after which we would discuss how things were working and make any necessary adjustments.

Once we reached that marker, we discussed how we felt things were going.  We are well-matched, and found that things went quite smoothly.  We were discussing my journal entries when they required conversation, and as I became more comfortable sharing my thoughts without hesitation or the buffer of writing them down first, we built that communication into our relationship model, adapting as necessary.

My biggest hurdle was fear of surrendering control so fully.  By taking small steps towards the thing which frightened me, I was able to relax and acclimate, much like wading into a pool of cold water rather than jumping in immediately.  There is no judgment from me towards those who want to make the plunge, it just isn’t my personal preference.  I attribute our success to the time we took to build our foundation, a little at a time, always checking for solidity.