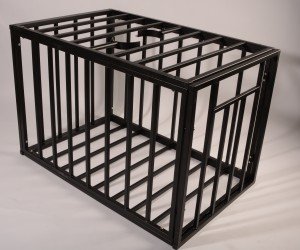 I read through my message, a mischievous smile playing on my lips.
“One more thing: I had a lovely cup of Earl Grey tea with my breakfast this morning :)”
I chuckled to myself as I pressed ‘send’. You see, Sir had forbidden me to drink my favorite teas, Earl Grey or English Breakfast, until I saw him again. My deliberate disobedience would undoubtedly earn me a punishment but how bad could it possibly be? Within a minute, my phone pinged.
“You drank Earl Grey tea??”
I typed out my triumphant response. “Yes. It was quite delicious!”
I didn’t hear anything else from him that day or evening and put it out of my mind. The next day I still hadn’t heard anything so decided to check in. I was still not too worried at this point.
“Am I in trouble?”
“You know you are…” And a few minutes later… “But that’s ok, because I will enjoy the consequences.”
The next day, Sir texted me. “Are you free tomorrow night?” I responded in the affirmative.
“Good. Be at my place by 8.” was the curt response.
Delighted, I sent my reply “Yes Sir.” In hindsight, perhaps I should have been more nervous.

Thursday afternoon Sir contacted me to request that I wear a dress and underwear that I wasn’t worried about getting damaged. And to bring a change of clothes. A delicious shiver of excitement ran through me. I dug through my closet and found a black dress that had been just waiting for a moment like this and an old bra and panties. I packed a pair of jeans, change of underwear and tank top into my bag and left the house, a whirlwind of thoughts racing around my head.