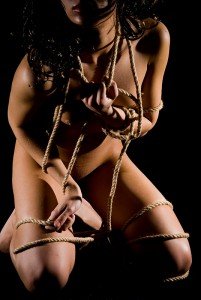 She’d given him the spare key which unlocked the front door to her house weeks ago. There were evenings she’d stay up, ears hearing and pulse responding to sounds both real and imaginary.

This time, there would be no discussion. No giggles or hugs or questions about what she felt like doing or if anything was bothering her physically. After a year of tying together, they could read each other well enough to communicate without words if necessary.

She stopped at the market on the way home. The sun was going down earlier after the time change, and when she walked in to her house from the garage door, she had to use her cell phone to light the way to the closest light switch.

She didn’t make it to the closest light switch.

The tension in her body melted away slowly as she regained control of her breath. He removed his hand from her mouth and reached over to turn on the dimmed light of the chandelier. He pushed a lock of her hair back behind her ear. She knew what was coming and braced herself for it.

I like the way you kiss my face with the palm of your hand, she’d written to him back in the early days of their partnership. Since then, he’d always incorporated face slapping into their scenes.

He spun her around and pushed her against the wall, bringing her arms back and swiftly wrapping the rope around her wrists. She didn’t struggle. She never struggled.

His breath was hot against her neck as the rope became an extension of his arms and wrapped around her once, twice – tightly – then cinched and pulled taut.

For the next ten minutes, he weaved the intricate pattern of pain upon her skin until she cried out and with large eyes wordlessly pled for permission.

He usually granted it.

The denial sent her deeper.

The emotions began to build and she felt her body start to tremble, heard the cacophony in her head of need and lust and desire and submission bubbling over.

He usually told her to take a deep breath when this happened.

This time he let it overwhelm her. He pulled her hair back and with her face toward the ceiling, her tears began to flow freely down the sides of her cheek. He took a length of rope and wrapped it around her eyes and mouth. She was blinded, gagged.

She’d released the emotion, but he’d not yet granted her other release. He pressed his body against hers. Her hands behind her back found their way beneath his shirt on to the cool skin of his belly.

And then he pulled the thread across her naked throat. He held it taut and watched the rise and fall of her chest in its harness until he knew, without her words, without her eyes – just with the feel of her body in his fibrous embrace.

He leaned into her ear and whispered: Now.