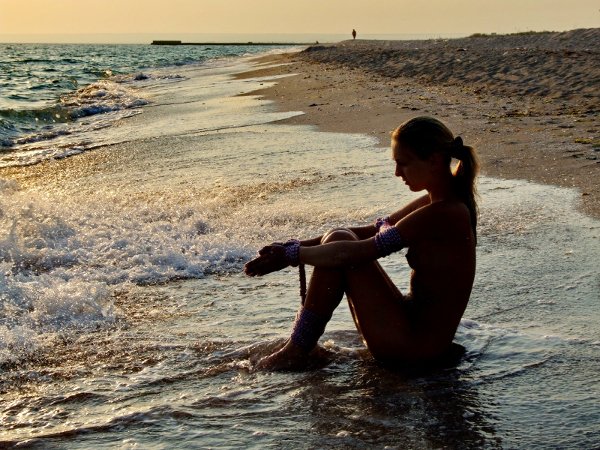 When I walk into that room, I have the power. That’s because I know and he doesn’t. It’ll be cute the way he thinks it was his decision to approach me.

As if I hadn’t started drawing him in the moment I’d selected him from the crowd. As if I hadn’t already spent hours sending signals and recognizing their reception. Patient. Laughing. Legs crossing. A glance. A sip from my straw. A smile. Legs uncrossing.

He’ll offer to “buy” me a drink. It’ll be funny, because the drinks are free. I’ll ask for water. He needs to see it’s not the alcohol that’s talking tonight. It’s me. What I need from him, what I want from him, I need him to know it’s me.

I’m not a silly drunk girl on vacation who gets in over her head. I’m a woman who knows what she wants and has niether the time nor necessity to make excuses for it.

Maybe we’ll dance. It’s my fantasy. He’ll be a good dancer. When I grind my hips back against him, he’ll slowly run his large hands around my waist and draw me in. I’ll lean my head back against his broad shoulders and draw my arms back to either side of him, while he leans his head in and presses his lips against the nape of my neck.

I’ll close my eyes and think of rope. I’ll think of that dance I know so well with my rigger. This is what I want – to surrender – but this time without the limitations. This time I want the kiss. I want the more.

I turn around and look up at him, hips still swaying, but more slowly now. No longer with the music – we’re making our own.

Eyes locked. I’m drawing him in. It’s cute how he thinks he’s the one making the moves.

I don’t close my eyes until I know he’s going for it. With my lips in play, the eyes take a rest and my brain starts to quiet. Autopilot.

I don’t have to direct the scene anymore. It’s improvisational now.

Out the door, around the corner of the building.

And I’m slammed up against the wall. I press my breasts against him and he pushes me back again, taking a step back, strong hand on my chest. My arms limp at my side, I re-engage the eyes – but now..

He’d been hiding an animal in there, too.

It’s cute how I thought I had the power, I think. Because he knew and I played right into his hands.