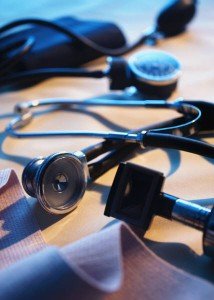 Kara squealed as the angle of his fingers changed with his movement.

“Oh! That was a lovely response! Make her do it again!” It was Angela, who had been very focused on alternating between tormenting Jake and Kara’s nipples and sticking her fingers in their mouths intermittently.

Oliver attempted to elicit the response again, but was unable to duplicate it. “Oh, let me try,” said the Asian woman who had been stroking Jake’s cock. She turned toward Kara and used the fingers of one hand to spread her pussy lips apart again, while inserting three and curling her fingers upward.

Kara moaned. Angela smiled. “Her eyes are watering. It makes them seem more blue, doesn’t it?”

Kara looked up into the mirror at herself and saw the scene before her. Angela had smeared her lipstick, and with alternating pinching and sucking had make her nipples stiff and pointed and a little bit more red than their usual pink. Oliver, who had lifted his fat fingers to his nose after pulling them out of her cut was now rubbing them on her lips and bidding her to open her mouth and stick out her tongue. Martin was lubing up a medium sided dildo and preparing to stick it in her ass, and the Asian woman was now tickling her G-spot with her quick, probing fingers.

She felt it coming and tried to fight it. Angela noticed. “Oh, it looks like someone is enjoying herself,” she smirked.

Kara was powerless to control it at this point and the wave of energy burst through her body as she started shaking and crying out in unexpected pleasure. Oliver held her down by the shoulders and her ankles pressed hard against the restraints.

Jake watched the whole thing in the mirror to distract himself from the small plug Mira was working into his ass. His cock was throbbing, but with the Asian woman no longer stroking it, he could feel the dull ache in his balls without struggling to keep from climaxing.

He did not want to be enjoying this. It wasn’t that he wanted to hate it – he just didn’t like the growing knowledge that he was enjoying this humiliation. He tried to convince himself that it was watching Kara come that sent shivers of pleasure into his extremities, but he knew it wasn’t just that. It was the thought that he might be next.

He physically shook his head to expunge the thought from it. No. It was the money. He needed the money. He could endure this torture for another …what, half hour? He could do that for 10K.

Martin pulled a sizable piece from the cart and handed it over to the Asian woman, who covered it with Kara’s self-made lubricant.

Jake groaned as the butt plug was removed and he graduated to the larger size. He could have sworn he heard giggling, but the sound of Kara’s second orgasm drowned out everything.

Jake furrowed his brows and glared at the woman. No, not this. Anything but this. He turned his face away, and found himself looking directly at the dark-haired woman, who did not look amused.

He turned back toward the Asian woman, defeated, and parted his lips.

The taste of her filled his mouth, and was thrust back and forth across his tongue, hitting the back of his throat. His eyes watered, and though they were open, he was no longer registering any sights or sounds – just the feeling of having his mouth violated, and the shame of knowing he could have stopped it at any time.

*Ten thousand dollars,” he thought as he sputtered and coughed.

“We’re ready for that one now,” Mira called out from between his legs.

The assault on his mouth stopped, and Jake enjoyed only moments of relief before he realized what was about to happen.

“What’s that, Jake?” The dark-haired woman lifted her hand and the examination team paused.

Jake looked into his own reflection. He could stop this now. He could say the word, get up, get $500 and walk away from here and never speak of this.

He looked over at Kara, who had already endured twice what he had. She looked calm. A little high, even, as though she’d smoked a bowl and was now just chilling while strangers poked and prodded at her.

If she could enjoy it, if she could get through it – then why couldn’t he?

He thought about the women he’d fucked that way before.

Oliver and Martin, having negotiated who was getting which hole, were now preparing to fuck Kara while Angela, having hiked up her skirt was now climbing up onto the examination table to straddle Kara’s blissed out face.

He felt something warm and wet on his cock. A tongue. A mouth.

Jake watched her head bobbing up and down on his cock and felt the orgasm building. He no longer had sense of how much time had passed. He could hear Kara’s muffled moans in chorus with the sounds of Angela’s gleeful laughter, and the two men grunting and panting as they maneuvered in and out of Kara’s lower body.

The urge was overwhelming him and he started to panic. How much time was left? He couldn’t have come this far to forfeit everything!

He turned his head toward the corner of the room where the dark-haired woman stood, arms folded over her chest, eyes locked on him.

With tears pouring from his eyes, he mouthed the word. She raised an eyebrow and maintained her gaze.

She looked at her wristwatch, sighed and looked back at him.

She nodded her head slightly, and Jake’s mind and body exploded in release as he involuntarily reached forward and thrust Mira’s head down on his cock.

After what seemed like minutes, but was probably only seconds, he relaxed his grip over Mira’s head and exhaled with a loud moan as the phallus was removed from his ass.

Mira and the Asian woman stood up, thanked the dark-haired woman and disposed of their latex gloves as they exited the room.

Meanwhile, the chorus of orgasms from the foursome at the other table had begun to die down as, in turn, each of the three examiners finished sating their needs, and exited the room without a word.

The dark haired woman shut the door behind them and dimmed the lights. She unstrapped Kara first, then Jake, and covered each of them with thick blankets from the cabinets.

Moving up to stand between them, she reached a gentle hand over to each of them and caressed their foreheads, lightly running her fingers through their hair.

Kara was sniffling, but strong. Jake was still in shock.

“You’ve both done tremendously well. You may stay in here as long as you like. I will be here until you’re ready to leave. Your cashier’s checks will be waiting for you in the lobby.

They lay there for several minutes under the soft blankets, in the dim light with the dark haired woman offering warmth and comfort.

It was still bright outside when Kara and Jake walked out of the building, showered, dressed, and each $10,000 richer.

“So, that happened.” Kara offered.

“Yeah. That it did.” Jake responded.

There was a moment of silence. Then Jake spoke up.

“You want to go get some dinner?”

(And they lived happily ever after.)