Home » Excerpt from TylerRose.’s book Have Your Cake 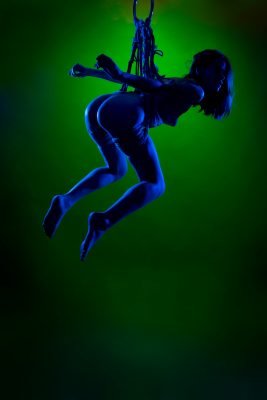 “So who is this girl?” Guus asked as the fruit pie dessert was placed in front of him.

“One for the League annals,” Gaadan said. “Smart, quick witted, nicely experienced in a wide range of pleasures.”

“What did she do?” another asked.

“You’ve seen it on the news all this last week. The woman who confessed to making a repeat rapist kill himself.”

“She is here?” Ustace said, eyes wide with the knowledge of who their new plaything was.

“She is,” Natjun confirmed. “And doing very well. None of the weeping and pleading as with others. This one wants to be here. She wants to be whipped and ridden hard. She loves it like Sadie did.”

A name to bring many smiles.

“But this one is young. She’s only thirty. Her name is Paxanne. Pax for short and I’ve decided she will keep her name. If we handle her well, she could be here for twenty years. I find I very much like that idea. She negotiated her entry into the League and that should be taken into consideration.”

Pax came in already nude, the knit dress having been left in the small holding cell. A room full of men in business suits. Grays and blues, from light to dark, with different color shirts, different patterns and colors of necktie. Most wore rings, some had tie tacks. And she the lone, naked female brought for their amusement.

Natjun gestured her up while the House Master went around the table to take the President’s vacated chair. She walked around front of the bed platform, sizing them all up as they devoured her with their eyes.

Thrown to the wolves?

These men were lions. Every single one of them. And she…either the gazelle they would devour or the lioness they would snipe each other to possess.

“All ten at once or will you form a line?” she grinned, choosing to be the predator lioness herself. “Show me your pecker-order, as it were?”

They laughed or chuckled and she chose to sit on the edge of the round padded platform and keep her feet on the floor for now.

“Are you ranked by size largest to smallest?”

“What’s your name?” one of them asked, cutting off her witty remarks.

“What crime did you commit to be sent here?”

“I made a rapist kill himself,” she said without pause or regret.

“Every man here could be called a rapist,” another said.

A Duke, ring prominent where a wedding ring would go.

“Of other condemned killers like myself?” she countered. “So what. What you do here is legal. There is no law against the rape of a condemned prisoner far as I know. The man I made kill himself was luring  unsuspecting women. Innocent women who were looking for love and companionship and he used their loneliness and vulnerability as a weapon against them.”

“Were you one of the women he preyed on?”

“No. I went to a motel to help a friend after he did it to her. She was not the first, my Lord. I decided she would be the last. I do not regret doing it.”

“Enough talk. I start bidding at half a million. Put some color on both her tits, Mr. President,” said one who’d not yet spoken.

“On your knees. Come backwards to the middle,” Natjun said, moving himself to the side to roll up his sleeves.

That image. Manly hands swiftly and meticulously rolling shirt sleeves up with confidence and determination to reveal a muscular, moderately haired arm. Tan skin of a man active in the sun. Muscles of a man accustomed to strenuous activity.

Not just one sleeve. Both. She had to wait there patiently for him to finish and take her in hand to beat her breasts in some manner. Her heart pounded loud in her ears, that moment, that image, hitting all the right buttons of her psyche and making her suddenly feel very small indeed.

She moved a quarter turn, disquieted by this one man when she had boasted bravado to the other ten. He came onto the bed platform to stand on his knees close behind her. She saw his hand wrap around the handle of the small wood paddle, the paddle lift to stroke up her thigh.

She did and the paddle smacked the inside of her thigh. Not hard. Enough to make a good noise on her skin. He stood it up on end to use both hands to flick fingers over her nipples and pop them out. Fingers and palm smacking hard and she had nowhere to go. His left hand slid up her body to close around the front of her throat and hold her in place. Her hips squirmed under the force of his hard slaps. Ten to each side in rapid succession, twice, and he gave her a pause to catch her breath.

“I don’t think any of you will kill me on the first night when I already have the President’s vote to keep me around.”

Low chuckles from some, silence from others.

“Six hundred fifty thousand and use the paddle on her tits until she screams.”

Arm firm against her torso, reaching down between her legs for the wood handle, the thin side of the paddle pressed into the front of her mound as he pulled upward slowly. The smack of hard wood on soft flesh, smart and sharp. Enough to catch her breath with the first and make her freeze and yelp by the third. Then the other side and his fourth strike was hard enough that she cried out fully with the smarting sting radiating through her breast.

“When did you learn pain?” someone asked.

“Over ten years ago, House Master,” she replied, having recognized the voice with eyes closed.

“My former husband. I don’t want to talk about him.”

“Seven hundred thousand. Give her three hard ones from the paddle to the puss.”

One, enough to make her jerk and grunt with her hands bracing on his hard thighs. Two, harder to sting deep into her flesh, with a bit of an undercut angle to get the tender flesh underneath. A one-note cry, loud and strong. Third issued at once, not letting her get over the second and making her scream outright.

A scream ending in “Fuck!” and then a hard breath and “son of a bitch.”

“Has she not been told about cursing?” someone asked.

“Put a gag on me if you don’t wanna hear it,” she ground out between clenched teeth. “I might say fuck or fuck me. But I don’t say fuck you.”

“The compromise is agreeable,” the President said, and whispered into her hair “I happen to like the way you curse to process the pain I give you.”

Pax realized this was as much a negotiation of her own position as it was their night to bid to have her.

“Eight hundred thousand. Smack her smart mouth,” said the one who complained about the cursing.

She got a full palm to full cheek slap, and not a kind one.

“Nine hundred. Five from the paddle to the insides of both thighs.”

Building up as he’d done on her tits, until she cried out with the last two, then repeated on the other side.

“One million. Finger her puss.”

Wet as she was, his finger so gentle alongside her clit got the big reaction he was hoping for. She rose sudden and strong on her knees and his hand around her throat held her tight to him as he went with her to keep control.

“One point one million. Beat her tits with bare hands again. I want to see a handprint.”

She yelped and cried out from first to last and then his fingers were so teasingly gentle that he had her whimpering in small, desperate tones. More than one cock hardened when her hands gripped around his forearms and she melted into him with a sighed “Master.”

He had it in her in seconds and the men watched her chest flush bright pink with her throaty moan. They watched for some minutes before the next bid.

The President let go of her and moved back. Jelly thing warm and wet in her hand, looking at it, she knew this was not going to be easy. The thing wasn’t stiff. The head twisted and flopped around. Lube between her buttocks first, she reached around to start trying. Slipping and sliding back and forth, she worked for a good minute with no success. Growing nervous, she tried another angle. She had to stop a moment and take a breath and calm herself and try again.

“Let’s move on. She’s not going to get it. The tool is unsuitable to this command,” someone said.

“Give her time. She’ll do it,” the bidder said at the same time she said “I can do it. Gimme a minute.”

Eye closed to focus on what she felt, she choked up on the jelly shaft to grip directly below the head and have more control over it. More lubrication, more patience. She almost got it, the head slipping aside. Every time she tried, she got a better idea of her own timing. Slide, sink, pause to let it work its way in, and the head popped through her tightly closed anus. Her groan spoke of success and they cheered and applauded her. She could not stop there, however. The order had been “fully” up her backside. But she needed only a minute to work herself up and down and take it in. Primed as she was, she was ready for the intensity.

“We’ll call that the last bid,” Natjun said from behind her. “Where do you want her, Your Grace?”

“Exactly as she is in my room.”

The side tables pulled out to allow access to the middle, four of the men came through to put their little gold rings on her collar. Last, the House Master put his on the heavy solid steel ring, making sure to place it next to the President’s. On her first day, at her first showing, she had six rings.