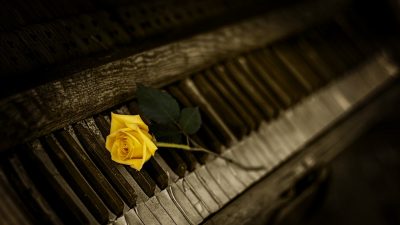 It was a cool March day and I was going to meet Daddy for the first time. We had been talking online for a few days and started heavily flirting with each other. When I met up with him in a public place I decided he was safe enough to get in his car. He took me to the park. We walked around the lake in the park and stopped by a gazebo. I had promised him via text that I’d show him just how good I was with my mouth and I intended to keep that promise.

In the gazebo I slowly unraveled his dick from his pants and his underwear. His length and girth were perfect and I gingerly began to lick his shaft while looking up into his eyes. He closed his for a moment in ecstasy, forgetting we were in the middle of the park and he had to keep an eye out for people passing by. The thrill of getting caught was palpable. His dick grew bigger as I began sucking on the head of it, making sure to use my tongue where all the little nerve endings met. “Oh fuck…yeah baby that’s it. You’re gonna make Daddy cum quick if you keep that up” he whispered to me. I looked deeply into his eyes, smiled and began deep throating him. I spit on his dick and massaged it with my hand as my mouth concentrated on the head. He tapped me on the head when someone was coming and I covered him with my coat. I began to make loud slurping noises as I took him in and out of my mouth and stopped and said loud enough for anyone passing by to hear “mmm, you taste so good, Daddy” and I resumed, getting so wet from knowing how much he was enjoying my mouth.

Daddy stood up, told me to get on my knees on the ground, and slapped me in the face with his cock back and forth several times. It felt so good to be massaged by his massive man meat and then he looked around, saw nobody there and told me “open” and I opened my mouth ever so slightly with a look of playfulness on my face. “Wider” he responded and I did as I was told. Daddy slammed his big thick dick into my mouth as deeply as he could and fucked the back of my throat while he looked around making sure nobody was there. My eyes teared but I took it like a champ and he fucked my mouth over and over again until I felt his hot load in the back of my throat, and his dick dripped more onto my tongue as he retracted from my mouth.  I swallowed every drop of him.

I looked at daddy’s dick and noticed it was still hard. “I guess you haven’t had enough of me, have you daddy?” I questioned him with a smile.  He smiled back and told me to sit next to him and spread my legs. He reached under my dress and felt my wetness and freshly shaven pussy as I wasn’t wearing panties. “Ooh baby, my little girl is nice and wet for me” he exclaimed happily and I noticed his dick jolt a little. He fingered my tight wet pussy with one finger at first and then stretched me with two. My coat covered me as he finger banged me and soon I was like putty in his hands. I moaned loudly with my eyes closed and suddenly felt his hand over my mouth to muffle the sound.  Luckily nobody heard me. I was dripping so much that my pussy made sloshing noises and Daddy rubbed my clit with his other hand after he uncovered my mouth. I shook and shivered into orgasm and my pussy muscles clenched hard around daddy’s fingers.

“Come sit on Daddy’s lap” he commanded and I squatted right over and on to his dick. It hurt at first because it had been a long time since I had taken a cock inside of me but I bounced on him jovially and with the fervor of a horny little rabbit. Daddy’s dick felt so good inside me once I got used to the pain. Pain became pleasure and pleasure built up to a feeling I could not put into words. I was in heaven. “Daddy loves your little pussy” he whispered into my ear and soon my legs began to shake and my body trembled into the strongest orgasm I had ever had. That’s when daddy took over.

He bent me over the gazebo bench and fucked me so hard I thought he was going to break me. At this point neither of us cared if anyone caught us, was watching, or wanting to touch themselves as they watched. He pounded my pussy with brute strength and made me yelp and moan so loudly we were bound to get caught. I felt his balls slap against my clit and soon I came hard again on his big fat cock. At that point Daddy couldn’t control himself anymore and he came inside me until he couldn’t cum anymore.  His cock was surrounded by both our juices and he made me lick them off when he sat beside me.  Out of breath, he reached for me after I was done and held me in his arms for what felt like an eternity. I was his and he was my new Daddy. This was the beginning of our love story.

Mistress Rayvyn is a 38 year old native New Yorker who has been in the lifestyle for 20 years. Her hobbies include photography, singing, writing, reading, talking to people from around the world on various messengers, cooking, baking, and playing rpgs of all kinds.