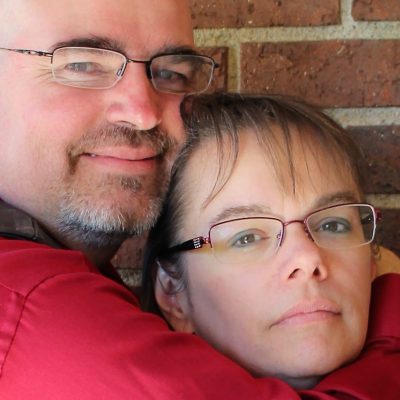 1.What are the top three things to know when first starting one’s kink journey?

Dan says: First, walk in with an open mind. Don’t think you have to be a Dom if you are male or that you can’t be a switch (try both receiving and giving) or any predetermined ideas. Just jump in and go. Second, be gracious. Don’t worry about protocols and rules to the point you don’t get started. If you don’t know something, just ask. And finally…what you wear to your first play party doesn’t matter. People ask that a lot 🙂

dawn says: 1) There is no one true way. 2) Just because you don’t like something, doesn’t mean it’s ‘wrong’ 3) consensuality is a major theme in the kink world. Don’t touch other people without permission, or other peoples stuff….and make sure you learn how to negotiate well

2. To you, how does power exchange enhance your daily life?

Dan says: I know my job, my role, my expectations, and I am fully free to be me. That never happened in my non-power exchange relationships.

dawn says: It gives me a foundational structure and stability. I don’t have to worry about who is responsible for what. There are no power-play games.

3. How do you balance vanilla life and kink?

Dan says: I don’t. I mean, I don’t talk about what I do in the bedroom at work but no one does. And since all my friends are either kinky or kink friendly, there isn’t anything to balance.

dawn says: Same as Dan. i don’t talk about my kink or what i do in the bedroom around most family. Frankly, it’s none of their business and i don’t to hear about what they do. Otherwise, all my friends are kinky or kink-friendly and only family that i trust with all of me, get to know about my power exchange and poly relationships.

4. Are there helpful tips you can provide on parenting and being in a 24/7 power exchange dynamic?

dawn says: Dan being in charge was normal for our kids. I did not call him Master or Sir around them and he did not call me slave. But, the boys knew that they couldn’t put us in a power struggle. They knew that anything they asked me would go to Dan, regardless of how casual we kept the dynamic on the surface. And they saw us as happy people in this arrangement.

5. Is managing power exchange and poly ever a challenge? If so, what helps to overcome these obstacles?

Dan says: Oh yea. We just did a podcast about the same. For us, make sure that the new relationships are aware that the power exchange is part of things. Right up front. Some poly books will suggest all hierarchy is bad. So be up front.

dawn says: It can be a challenge if the new poly person wants to push egalatarian on me and suggest that my power exchange dynamic is ‘wrong’. There is no wrong way to do a relationship if it’s consentual by all parties. Luckily, my poly partners were aware from the beginning that i’m in a long-term power exchange relationship and i let them know up front that i won’t compromise on it. It was their choice on whether they could deal with that or not.

Dan says: Great scene. Someone you trust lets you be instinctive. Not over scripted or over thought, just flows.

A bad scene is one where you try too hard or it is just physical with no deeper connection. But that is bad to me, not everyone.

dawn says: For me, my kink is power exchange. So there needs to be some domination in there for it to get me to the headspace i want to get to. That’s why i rarely do pick-up play. I need to trust the person i’m playing with.  ……i’ve only had a couple of bad scenes over 21 years. These scenes were where i was treated like an object and not a person that was part of the scene. I can’t drop my walls with these types of tops. Therefore, it’s no good for me.

7. Do you have any helpful negotiation advice that you would be willing to share with our readers?

Dan says: Be honest. Be direct. What you want, what you don’t want. “I kinda like this” will get you a kinda good scene.

dawn says: Cover the basics, what you like and don’t like. Cover aftercare. Who is responsible for it? Give a few ‘yes’s’ as to what you really like. I agree with Dan…if you go in with a ‘i don’t know’ or ‘whatever you want to do’, and don’t give any direction, more than likely it’s not going to be a great scene for you. Personally, i like to give some major boundaries, a few things that i really like and go from there. I also cover my sexual boundaries. It used to be that you didn’t have to worry about that because kink and sex were separate things. They aren’t anymore. If you don’t want someone touching your naughty bits, say so. Be confident.

Dan says: Meh. Normally not because I tend to lean toward caution with people I haven’t played with before.

Dawn says: Not usually. Like i said before, i like to play with those that i really trust so that i can let down my walls and let them be instinctive. I can’t do that with new people. I’m not so much about the toys/kink as i am about the connection with a person and their domination.

9.Where do you feel are the best places to go to hone your kinky skills?

Dan says: There is a lot of value in classes and workshops but you need to actually put it to practice. The point of a restaurant isn’t to look at the menu…it is to eat. So go eat (er, play)

10. What are some red flags to look out for in the community?

Dan says: When people assume power. They assume you should respond in a certain way because they gave themselves a title.

Dawn says: i tend to look out for people that won’t meet me in public. If they want to play with me, they need to come to the Columbus Space (our community play space), or somewhere else public. …i also watch out for those with big egos that don’t take responsibility for their actions.

11. Do you have any safe online practices that you care to share with our readers? Do you believe that kink relationships can start online and/or always be online?

dawn says: i believe they can start online, but i’ve personally never started a relationship that way. I will say that i watch out for the people that ask you very personal questions right away about what you are willing to do for them. And i watch out for those that only have dick pics. And men that only have women friends. Recently, i had a woman that if i was a ‘real slave’ i’d follow her orders and chat with her through an app that i needed to download. She got pissed because i told her ‘no’. I blocked her.

12. What makes for a good Dominant?

Dans says: Be responsible. Own your mistakes.

dawn says: i like a confident dominant that isn’t arrogant. There is a difference.

13. What makes for a good submissive?

Dan says: Got me. The people in my life are very different…but they all serve in different ways.

dawn says: One that understands being a submissive is not a bad thing, and is confident in their skills, or at least working on it. One that can obey and think of things that will please their dominant….at least in my opinion.

14. Do you believe that all kink dynamics must have a vanilla component? Why or why not?

dawn says: there are all kinds of kink dynamics, so i wouldn’t say that any of them ‘have’ to have or not have, anything. There are some people that are only play partners. I have a couple of these. We play at events and that’s it. I have other play partners that does have a vanilla component, in that we text or call every now and then. With Dan, we have a 24/7 relationship, where it looks like their are vanilla components; paying bills, walking the dog, cleaning the house, etc. But, in truth, those are not vanilla. We are Power Exchange. Everything we do has Power Exchange as the foundation, so even things that look vanilla from the outside, aren’t.

15. What events and projects do you have coming up?

Dan says: We are turning our book The Polyamory Toolkit into audio editions!

dawn says: i’m on my 9th year of organizing ‘Subs in Service Intensive’. We’ve had to postpone it til later in the year. I also am a vendor and run ‘Blossom Trading Company’.

Dan says: I run into a lot of people who say they wish they got started earlier in life. The only time you can start is now.

dawn says: If kink is part of your authentic self, embrace it! It can be scary at first because it will seem like a completely different world, with it own language, its own rules and its own culture, but you’ll get the hang of it.

About Dan and Dawn