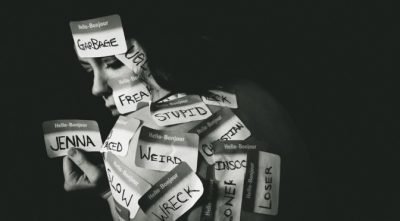 As humans we have an innate obsession with placing labels on everything, including ourselves. Labels help give people a false sense of order and a way to separate things.

However, we aren’t things; we’re people first and heavily using labels to categorize people isn’t fair. It takes away the depth and complexity each of us hold within. It steers away from the notion that the uniqueness of our personhood is much more than a label.

Labels are for jars

When we rely on someone’s sexuality, race, socioeconomic status, locale, or other label, we simply see that person as less than in some way. This can be a subconscious thought thread but still a very real occurrence. Even still, we each have the right to be labeled and called whatever we want. But as a whole collective we should be cautious. Labels are a slippery slope to distorting the perception we have of someone. Again, we come back to the possible (and usual) formation of subconscious judgements.

For ions labels are what have kept people from getting closer. In some cases, labels have sparked wars between differing lands and governments, to the detriment of all involved. Labels separate us as individuals thus pushing us away from those who have an aversion, judgement, or confusion about said label. Just take a look at our extremely polarized society here in the USA when it comes to politics alone!

I want to be clear: I understand the function of labels and their necessity in our current societal structure. It makes it easier to converse at times to cut through overly complicated conversation navigation but there can also be a downside.

We can’t use labels to describe everything about our core values but that doesn’t stop people from still trying haphazardly to do so. With that said, let me share some of my most uncomfortable, self perpetuated, labels. I am hoping that by sharing the labels (and why I don’t particularly care for them) it will help better show that we should be more conscious about the things we are so quick to call others:

By normal societal standards, I, as many other women (especially us kinksters), would be called a ‘Slut’.

I only like being called such by those I have given that permission to. And even though I call myself a slut sometimes, it doesn’t mean you can.

What irks me most? This is mostly a female identified issue. We all know the blatant double-standard where men are called ‘studs’ and are high-fived and cheered by their promiscuity. I know it’s beating a dead horse but I am happy to see us slowly, crawling away from that way of thinking.

Don’t shame anyone who wants to explore their sexuality. While I am not fussed over sex one way or another, my mere interest and participation would be enough to earn the slut-label for many vanillas. Reserve your judgements for when asked for them (they might not ever, so don’t take it personally). I embrace the fetish on Fetlife ‘Slut as a term of endearment’ because it flips this notion of shame on its head.

A long time ago, I used to only refer to myself as ‘BBW’. It was a widely understanding of what I was going for when I was still dating. It stands for ‘Big, Beautiful Woman’. I thought “How charming,” and went along with it because others had labeled me that long before I knew what it was. The truth was I didn’t always feel ‘big’ or ‘beautiful’. It made me feel like I was always expected to be happy with my body (I even had a cute little acronym to go with it!) when we all know regardless of size that’s not the case.

No one should be made to feel unaccepted due to their size. I now call myself ‘Plus Size’ and I still fancy that entirely. This implies there’s a “normal” or “less” size and that I do not fit that. Which I know I don’t but I don’t need a label to tell me that, others do.

I know I am going to get a lot of push back on this but I have to be honest. I’ve adopted this label because it has been somewhat forced upon me by a variety of things. Social climate. Political animosity. Us vs. Them mentality. Ally identifier. And mostly, by other Persons of Color.

Make no mistake. I am proud of my heritage. I am proud of who I am. My reluctance with the above label has been mostly due to the subvert act it employs. It can disempower me as a POC individual. When I am not in alignment or agreement with other POC then it is assumed, I am against them. I must be. Right? Because all POC [insert poorly construed stereotype] and if they don’t then they aren’t POC enough. Yes, I’ve actually been told I am not “black enough” more times than I can count in my life. All based on my tastes in music, men, clothing, hobbies, speech patterns, friends and more. Sorry, there is no handbook titled ‘How To Be A POC’, and even if it was on Amazon Prime…just no. I just am POC because it’s who I am, but it doesn’t define my entire being. For some it does and that is their right to identify in that way.

I won’t diminish my voice that speaks to my own personal struggles by co-signing others’. Sometimes, it is perfectly okay to want to stand out, even among those who are very much like you.

Everyone does poly differently, that’s what makes it so hard to be poly on a whole with others who do it differently. It takes an extensive amount of communication to make sure all involved are on the same page. Even for a veteran like myself, I’ve had to remind myself that I make mistakes and it’s okay. It’s better when I try to treat each new encounter as individual as the person I am with. Having a set in stone idea of what all poly “must” be is a roadblock many of us poly folks get stuck behind.

Pull over your poly car and assess the problem.

Is it communication? Boundaries? Emotional baggage? Mental hurdles? New territory?Probably a little of all of the above. My poly lifestyle and ideas about poly have evolved just as I have over the years. As it stands today, I am still learning about what poly means to me outside of the “many loves” aspects. If only it were that simple…

This is a recently obtained label I feel conflicted on. See the above label. Being poly to me never included me being someone’s “wife”. How can I be fair in my poly when I form a clear and distinct signal to the vanilla (outside) world that I am ‘just like them’? When I am in fact, not and probably never will be. Yet I am passing as such by entering in this legal agreement. The worst is when I don’t “act” like what a normal “wife” is supposed to act like and someone points that out to me. Thanks for that (not!).

As you can see, I am but one person. Yet have shared only six of my own personal labels (there are so many more ESTJ, Aries, Geek, Love avoidant, Bitch, Weird, etc) but to what end? Do any of these labels make me any less or any more of the traits that may, but don’t always, accompany them? Nope.

And you are but one person. A very special and unique person who deserves to be explored beyond the simple nutritional value label others (or even you) have stamped yourself with. No label can replace getting to know you. What are some labels you have that you don’t always feel comfortable with? What do they mean to you or others? There’s no need to fear living an authentic life with minimized labels. It can actually lead to deeper self discovery and that’s worth a lot more than wrapping yourself up in a box of words.

What are we so afraid of revealing without the sheer concealment of labels?