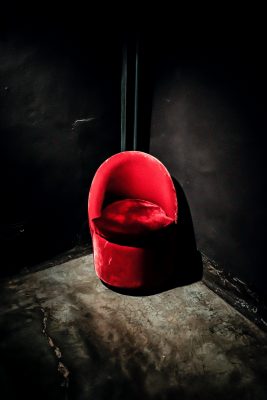 Have you heard positive things about people who label as bisexual?  I haven’t.  As a female who identifies as bisexual, it has often been assumed my only genuine interest in other women is to display to males in order to increase my sexual appeal.  As part of an existing partnership with a male but still open to a relationship with a female, which can be and has been completely separate, I am shunned in the poly community, labeled a “Unicorn Hunter.”

We pride ourselves on acceptance, nay, tolerance within the kink community, yet some of us are still looked down on.  It makes sense.  Everyone wants to be better than someone else.  No one wants to be part of that group considered outcasts in every area.  So they find a group they can sneer at and look down on.

Sure, why not bisexuals?

Article upon article has been written about the way bisexuals are treated.  Many state they are at the highest risk for suicide in the LGBTQIA+ Community.  While I don’t feel that particular issue is a applicable in my personal life, I do feel as though I have always been on the outside in some way or another.  Certainly not as if the term community is applicable.

Growing up, I didn’t know people who were “out” until college.  I had lots of confusing feelings about women, but chalked it up to teenage hormones since I also liked men.  I didn’t even know there were labels for what I am, let alone others and a “community.”  One of the best things to come from the internet is the wide dispersal of information.  At least young people growing up now have more information at their fingertips and the possibility of understanding themselves sooner exists for them.

Once I learned and understood more about myself, it didn’t suddenly mean I was going to Pride parades or any less confused.

I mean, I get it.  I can pass for straight when I am in a relationship with a man.  That can be an enviable quality sometimes.  It doesn’t make that a fact, though.  I can pass for a lesbian when I am in a relationship with a woman.  It can be difficult to label someone from appearances alone, and we really want to be able to.  It is so much easier when we can walk into a dungeon and see all submissives with collars, because we don’t have to take the time to learn more about strangers before we judge them.

While in a relationship like that, I have been told repeatedly by people in the general poly community how much more often they fail than other poly arrangements.  I’d be interested in seeing the statistics, though, since we are still in the information-gathering phase of research on polyamorous relationships.  Throwing generalizations like that around are hurtful and potentially inaccurate, if they are only backed up by personal experience or hearsay.

In addition, I’d like to point out that it’s rude to to tell someone their relationship is destined for failure.  That fact seems to escape some people.  Unless asked what you think the potential longevity of someone’s relationship is, the civilized thing to do is keep those opinions to yourself, and I find it sad that I need to say that.

When I was not in a triadic relationship but simply open to the possibility if it happened to come along, I was called a Unicorn Hunter and scorned, despite my partner and me both being open to and actually dating separately.  But hey, we all want to be better than someone else, right?

This isn’t quite as positive as my usual articles, and I apologize for that, but I think it is important to not only shine light on how we treat others in our community, but to continue to hold the light steady on these issues.  I am not the only person who has been treated this way, and it will continue until we can start being more inclusive.  The only place that can start is inside each person, one at a time, until the community is better and stronger for it and truly becomes a community we can be proud to call our own.

Christmas bunny has been exploring kink since she was legal to do so.  Her serious writing started in college, when she accidentally got some of her papers published in educational journals.  She has recently expanded her writing to include her kink journey.  She began writing in the physical realm, but shed some of her inhibitions and began sharing those entries with others.  She now keeps an active blog of her personal growth and her relationship with her Master / Daddy Dominant and writes helpful educational posts on a variety of subjects.