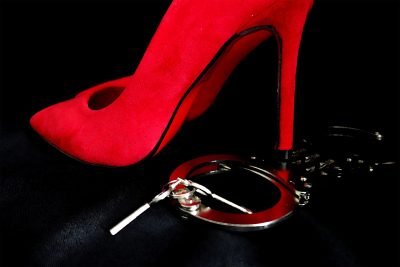 I’ve come to realize in the last few months that some of the greatest challenges of poly are the things that are completely outside of my control and the control of my nesting partner.  What is there to do when you work hard at building open communication and trust with someone only to have it quietly undone by a partner’s other partner, albeit unintentionally?

My current communication style is haphazard. I am honest with people until they teach me they don’t want my honesty.  They can show they don’t want it by responding to it with hostility, anger, or really any sort of defensive behavior rather than seeing it as an opportunity to work towards resolution.  Once I know someone doesn’t want me to be honest, it is often like a countdown clock ticking inevitably towards the end of the relationship in its current form.

It took time for me to break away from my need to hold truth inside.  I had so many past partners who would respond with negativity no matter how I framed my concerns or hurts.  My expression of needs became a personal insult rather than remaining a conversation.  It was easier to stay silent and keep the peace, working out my pain elsewhere, such as avoiding issues, finding time-consuming hobbies outside of a shared residence, or letting events with friends overshadow shared time with a partner.  Avoidance became my style rather than tackling issues head-on.

Santa was instrumental in helping me reframe my communication style back to a more direct yet diplomatic honesty.  He encouraged me to share all of my truths and then engaged with me in productive conversation, working to help me gain comfort with sharing.  It took months of me having to write what I felt before I could speak about it.  As His responses continued to be reasonable and he honored my honesty with compassion and conversation, I became more and more comfortable starting those conversations with words from my mouth rather than from my fingers.

I was so proud of myself when I was finally able to come to Him directly with a concern rather than writing it out first.  Unfortunately, I have continued to attempt to communicate with others around me the same way.

I say unfortunately because not everyone is ready to do that with me.  They don’t always respond positively to it.  Maybe they see my honesty as an ultimatum, maybe as an attack.  It’s hard to say how other people are feeling unless they share it with me.

The real challenges are the ones who are like me.  I can almost feel the sympathetic resonance of two notes vibrating on the same frequency when we talk.  They shy away from expressing their honest truth because it has burned them with another partner.  They have to learn to trust that I won’t put my judgement on them or let those feelings which want to deflect criticism take over.

Sometimes I curse Don’t Ask Don’t Tell arrangements.  How can someone know I genuinely want them to be super honest with me when they have someone at home constantly insisting they not share information?  It becomes a tug-of-war.  Me saying it’s okay to share, please tell me the things, while the other partner says no, no, please don’t tell me the things.  That’s a hard line to walk.

Equally difficult are those with partners who still jump to defensive maneuvers or blaming them when they share unpleasant truths.  The lesson they receive there is the constant knowlege that they cannot be truthful without negative consequence, while I attempt to impart the opposite.  Eventually one style will have to win out, and that may not bode well for one or all of us.  Unintentional sabatoge.  Meta-toge.

It still amazes me how many people are living kinky lives and scream about communication to the heavens, yet engage in some form of dishonesty, whether it is in the form of simply not sharing information, or in holding it back.  How can a relationship be at its healthiest when there are hidden cobwebs in the corners which never see the light, and continue to grow in strength?