Home » The Misunderstandings of Littles 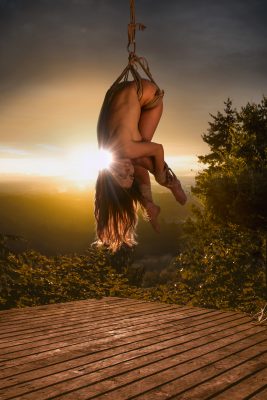 I was still finding myself when I met my Daddy.

Correction.  I hadn’t even begun trying to find the self I had lost when I met him, yet he inspired me to begin that journey.

Along the way, he pointed out to me that I had some of the tendencies of littles.  Having read very little about people who identify that way, but finding those things to be negative, I rejected that possibility for myself.  It was only after I did some more reading and spent some time being honest with myself that I was able to accept that part of me.  I have met others along the way who struggled similarly with their preconceived notions of littles and thus fought against their desires for things such as pacifiers.

I genuinely cannot count the number of times people have become friends of mine and at some point remarked casually at how they hadn’t known someone who was a little before.  They often go on to describe characteristics which are often associated with littles, such as brattiness and childishness, and express distaste with those traits, but pleasure that I am “not like that.”  The conversation usually moves on, leaving me with that hint of sadness that one of my identifiers is so widely misinterpreted.

For a portion of society who preaches about tolerance and not judging one another, I see an awful lot of misconceptions about subgroups in our community.  Perhaps the only experience some has had was with a little in a forum, or seen from across the room at a play party, all in pink stomping a foot and emphatically saying no.  This trend towards treating littles somewhat dismissively tends to hit me hardest where I live, as these things often do.  Rather than seeing those of us who identify in this category as whole, healthy individuals who have embraced their inner child, they are often seen as annoying, with much misconception. However, I see it in the case of “littles,” so let’s talk about us!

There are at least three large categories within the “little” heading.  Littles, middles, and babygirls are often grouped together.  So let’s break it down.

Littles often, but not always, identify that way because they have an age regression.  This can be a state of mind for them which is sometimes situational.  It can sometimes be referred to as little space in discussion.  This age regression is different for every person who experiences it.  Some people will identify an age they feel they regress to, others will have a range.  For the most part littles tend to identify on the lower end of the age spectrum, generally under age 10, taking on characteristics of those age groups.

This may mean your little wants to have a pacifier, or takes comfort in stuffies.  It may mean games of Candyland or coloring.  It could mean Disney movies, a system of reward and punishment, or the endearment good girl being a thrill.  It may mean they do not want sexual contact while in their age regressed state.

It does not mean that people who identify this way are incapable of taking care of themselves.  It also does not mean they act like children all of the time.  There are generally specific things which will trigger age regression for them, and may require them to feel comfortable and safe with the people around them.  That generally doesn’t occur during the work day or with just anyone.

Middles generally identify in the middle of the age spectrum, somewhere from 11 and up.  Again, some may experience age regression and some may not.  They may or may not enjoy some of the more childlike things like coloring and stuffies and may be more open to sexual contact while in this mindset.

Babygirls often do not identify with age regressive experiences, yet strongly desire to fully integrate their inner children with their adult experiences.  They may enjoy some of the same activities that littles and middles do without necessarily needing them or being restricted to one age bracket.

Confusion can come because all three subcategories can exhibit similar outward characteristics.  Individuals identifying in these manners can often project a certain level of naivety or innocence in some form, whether it exists or is simply a projection of childlike innocence.  Generally all three groupings are seeking a Daddy or Mommy relationship with an individual who is often, but not necessarily, older in chronological age and who guides the pairing.  This partnership can provide mentoring in areas which may be less developed in the submissive partner, or simply provide emotional fulfilment.

The important thing to remember when dealing with anyone who identifies in any of these ways is that they are still adults who are perfectly capable of rational and intelligent thought.  They shouldn’t have to hide their identifier out of fear of misconception or ridicule as I have seen some do.  This community should be as inclusive as it claims to be.  We should offer all those we meet an opportunity to educate us about areas of kink we were previously unfamiliar with, and perhaps learn a little about ourselves in return.