Locally, here in Los Angeles, one of our main dungeons Threshold is holding their annual board elections. Apparently there are many positions opening up so lots of opportunity for those interested to apply. Submission candidate statements are due by March 12th and can be sent to Membership@Threshold.org. Five board positions needs to be filled including: Coordinator, Assistant Coordinator, Chief Financial Officer, Corporate Secretary, and 5th Board Member.

This was a good laugh; for Valentines Day Burger King offered adult happy meals that come with a toy…an adult oriented toy. I was hopeful that they would include something like mini floggers or butt plugs, alas the meals include things such as blindfolds and a feather tickler. We definitely appreciate the gesture!

In one of the most humorous and also scary side effects of Fifty Shades of Gray, the London fire brigade has noticed an uptick in bedroom related incidents in the last five years. They would like to remind people to play with caution. We couldn’t agree more.

The news this week is full of Fifty Shades of Gray due to the second installment hitting theaters. I’m pleased to announce it currently has a 9% on Rotten Tomatoes and The Guardian reports that it was dominated by Lego Batman. I also would like to wish a Happy Valentines day to everyone! Even if you think it’s a silly holiday, anything that promotes love and harmony is ok in my book!

While I disagree with this article’s use of the word “strange” I thought this was a good read on a movement that has been gaining some steam over the years; female supremacy. Locally here in LA, there is a large group lead by several dominatrices who practice female supremacy.

This article by Dr. Lori Beth gives evidence towards Dominant and submissive being sexual orientations. This makes a lot of sense to me but it has been a controversial topic in the past. What do you think?

In a surprising article form the Santa Monica Observer, author Kat Thomas weighs in on some of the best adult toys from the AVN Expo! We were delighted to see our friend Danny from Leather by Danny on the head photo! We were sad to miss the event this year, but this article makes sure to fill us in on any tidbits.

Several news outlets reported on this story; Fetlife is under scrutiny for deleting many of their “questionable” or taboo fetishes and groups in order to satisfy some of their merchant providers. Apparently they were unable to process credit card payments due to one of their merchants questioning the ethical and moral implication of some of these fetishes. What do you all think? Should Fetlife have held strong or are they just being smart business people?

The Guardian has this great read on the recent news that Kink.com will be vacating their Armory space to make room for a performance venue. Many past Kink.com actors and actresses are devastated about this news saying it will change the landscape of San Francisco for good.

We are disappointed yet happy for kink.com’s home The Armory. The company has decided to move their video production and offices off-site in an attempt to rebrand the space in the wake of becoming one of the premier music venues in San Francisco. We appreciate their desire to keep a historical building flourishing.

We couldn’t let the Donald Trump/golden shower allegations pass “This week in kink” by! A Pro-Domme was interviewed about the “alleged” report and while she says no one should ever be shamed for their kink, she goes on to point our that “We should be directing our outrage and ridicule towards the fact that he is a known sexual abuser and has an openly fascist, white supremacist agenda. Those are traits that are much more deserving of the ‘perverted’ label.” She hit the nail on the head with that one.

With the recent shuttering of Backpage.com’s adult services classifieds, a vacuum has formed for professional Dommes and submissives to connect with clients. Backpage was the preferred channel for many in the BDSM profession- the vast majority of whom comply with the law and do not offer sex as part of their services. A raft of new sites have sprung up focusing on this more niche market of kink-oriented services. As is the nature of such things, we expect that one will eventually become the de facto site that everyone uses. As yet, no clear winners have emerged – but we will keep you updated as things develop!

Every day, thousands of people send uninvited messages to people on FetLife – some more appropriate than others. Most of the time, the saga unfolds in private and possibly ends with one person blocking the other. Not so with Financial Domme Empress Jennifer, who decided to air her dirty laundry in public. After the pair established that they did not in fact share any common ground in their kinks, the conversation took a turn for the nasty with Empress Jennifer finishing by inviting her suitor to “kill himself”, and then promptly posted the whole exchange to her Twitter account. Cold!

Don’t take your submissives for a walk on a leash in Nigeria! Club owner Pretty Mike was questioned by police and forced to apologize after he did just that in Lagos. Local personality Mike Nwogu was witnessed leading two women on leashes to an event. This raised such an uproar that the police were called in to question him and he subsequently signed a statement saying he would never commit “such acts” again. Others commented in support of Nwogu saying that Nigeria is simply behind the times.

The Million Woman March is this Saturday. People are gathering all over the U.S. march for human rights, diversity, and dignity-just to name a few. Here is the official website for Los Angeles though there are people gathering in all areas across the country. I urge everyone to participate safely and respectfully.

anniebear has our line up of 2017 events for the year. Let us know if we missed one by adding the information in the comments.

We lost a beautiful woman recently in the Los Angeles kink scene. Holly (Rogue_1989) was a kind, sweet friend to many. There will be a day of remembrance at The Lair de Sade. Info can be found here.

In other less disheartening news:

This is a pretty comprehensive list of dungeon etiquette rules from a more mainstream media outlet. It sounds like they spoke to someone who knows what they are talking about. I chuckled a little at the “Dungeon Master”. We call them dungeon monitors out here, a slightly less ostentatious way of naming someone who watches out for attendees at a party.

Have a wrestling kink? In London, The Submission Room is the place for you! Women specialize in wrestling men. It’s like a pro-dungeon but for wrestling. I definitely wouldn’t mind being a fly on the wall for those sessions! 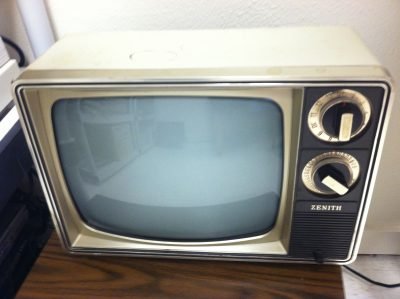 We’ve made it into another year! I hope this one will bring good news and prosperity for all, despite the polarizing political climate in the US. anniebear and myself spent the New Year’s Eve on Catalina Island, a magical place stuck in a simpler time. How did the rest of you celebrate?

This is a new area for me: Zen Spanking. Ever heard of it? It’s the art of mixing Yin and Yang principals into a tantric experience. Practitioner Jesse Thomas-Hall is an expert in giving and teaching Zen Spankings. It sounds a bit like a sexy massage to me!

According to a recent study in the Journal of Evolutionary Psychology, cats make us kinky. Apparently, a bug called “toxoplasma gondii” which can be transmitted from cats to people, causes a condition called “toxoplasmosis”. Its effect? Sexual attraction to situations involving fear, violence, danger and bondage.
Hmmm, this seems like a bit of a stretch. Having said that, I am a cat owner myself, so… who knows? What do you all think?

Kink.com will be debuting The Armory as San Francisco’s newest music venue on New Year’s Eve. While we enjoy the idea of The Armory being the kink capital of the west, we applaud their efforts to stay relevant and an asset to the city. Not to mention making sure they can afford to keep the lights on in one of the most expensive cities in the world.

Experts have dubbed 2017 the year of “vagina-nomics.” Apparently women will be leading the way in sex toy design and we couldn’t be more thrilled. It’s about time women disrupt a (not surprisingly) male dominated market. Take a look at what some women have in mind.