Far too often, I’ve seen those new and eager to join the scene being preyed upon. I see people boasting of their expertise, making claims that far outweigh their actual experience and using this to justify pursuing complex and intense relationship dynamics with others who take their word at face value without knowing any better. I see submissives overcome by “sub-frenzy” who jump into TPE (total power exchange) dynamics without a second thought. I see tops utilizing unsafe practices and putting the well-being of their bottoms at risk. And I’ve had enough.

I am aware of the fact that I am merely one individual. I know I cannot possibly go around policing the entirety of my local scene. This is why I am calling upon you, dear readers, to help. I am advocating for education and communication above all. As is said, “If you see something, say something.” This is a call to members of the BDSM community to speak out if you become aware of unsafe practices. To politely advise friends new to the scene to learn more about it before jumping in with both feet.To seek to educate those lacking in experience who are willing to learn. And some advice for those new to the scene: Know your resources and use them. Attending munches is a great way to meet people in a vanilla setting and getting outside of a play space to speak to people will help you find individuals that you can trust. I have found that, when play is off the table and people can just talk to one another without being pressured into a scene, it is incredibly beneficial and can lead to making lasting connections. 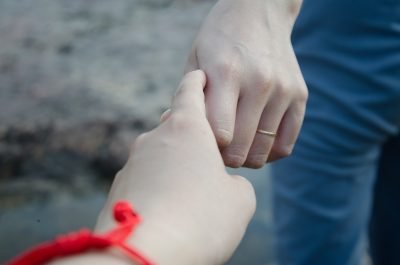 The Arduousness of Adulthood

It’s hard enough being an adult and going through the regular day-to-day. Paying bills, remembering to stay hydrated, and keeping up with one’s hectic schedule can seem almost nightmarish. As children, we thought that adulthood was the ultimate goal. Now grown, we find ourselves thinking, ‘This isn’t what I signed up for!’ Would that there was a way to go back to a simpler time, devoid of responsibility, where you can be cared for and nurtured without any expectation of reciprocation?

Getting into a childlike headspace is a delicate and rewarding process. It can be incredibly beneficial when it comes to dealing with everyday stress and the resulting burnout. For those who identify as “littles”, “middle”, and more, roleplaying as an age different than your own can create a lovely feeling of momentary and much needed escape. Granted, age play and regression is not something that one can do all the time, particularly if one has a day job or other such responsibilities. However, setting aside time to get in touch with your “little” side is a perfect activity both individually as well as partnered. Cultivating an age play persona can be achieved by a variety of methods ranging from simple to more complex, depending on your level of comfort.

So where do you fit into the age play scene? I have found that a great way to dip one’s toes into the pool of age play – while remaining “socially acceptable” within a vanilla context – is through the use of coloring books. Coloring books are a widely accepted stress relief method that is now being marketed to adults. While adult coloring books tend to be more complicated in terms of designs and imagery, picking up a children’s coloring book from your local dollar store and a package of crayons can be a great start. Having snacks like microwave dinosaur shaped chicken nuggets or cartoon waffles can also help one to feel more “little”. Brightly colored apparel or pastels can also inspire such a headspace. Take some time for yourself and create your role. Consider if you would like a partner to act as your caretaker and discuss how you would like to develop and nurture this dynamic. With consent from all involved parties, age play activities have the potential to open your mind and allow you to let out your proverbial “inner child”. When practiced safely and with discretion, it can be an incredibly enlightening experience.

Some may find the prospect of age play in role play somewhat intimidating. It may seem like a difficult task, particularly on account of the vulnerable mindset it inspires. I urge the use of caution and keeping an open dialogue – as well as some form of a safeword or means of signifying when a scene has begun and when it has ended – to ensure healthy and happy play. Remember to relax and enjoy yourself. Just because you’re a grown up doesn’t mean you have to act like one all the time!

What is a Cathartic Scene?

Why Do People Do Cathartic Scenes?

How Can I Negotiate a Cathartic Scene?

There is no right or wrong way to do a cathartic scene; however, there are some key elements to which attention and care should be paid. Because of the nature of handling trauma and grief, it is important that the emotions of those involved are handled delicately. Engaging in a detailed negotiation prior to beginning the scene is crucial as is an understanding of potential triggers and how far is “too far”. It would be irresponsible to go ahead with a scene if the potential for emotional damage is greater than that of emotional release. Make sure that all parties involved are truly ready to process their emotions in such an intense manner. Confirm safewords first and watch for signs of distress during a scene in case it is necessary for anyone involved to stop the scene and go straight to aftercare. An incredibly important part of culminating a cathartic scene is the attention paid during aftercare. For example, if your submissive is crying and in a highly emotional state, it is your responsibility to comfort and reassure them. To put someone through the paces of a cathartic scene and then leave them in a vulnerable state without any aftercare is negligent. Players, be sure to care for one another, especially within the context of a cathartic scene. The fragile vulnerability inspired by heavy play and pushing boundaries is not to be taken lightly. When done improperly, a cathartic scene has the potential to be damaging. However, when care is taken to see that the scene is done right, beneficial and liberating emotional release can be achieved.