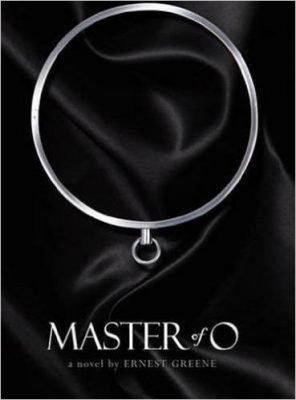 ‘Master of O’ is a novel by Ernest Greene that loosely uses the novel ‘Story of O’ by Pauline Reage as its inspiration. The story revolves around Steven Diamond and his evolving relationship with a woman only known in the novel as “O”. His brother, Ray Vincenzo, and Ray’s future slave to be Jacqui, also play major roles in the evolving story of Steven and O’s developing M/s relationship.

Steven is a highly successful defense attorney in Los Angeles, and the primary owner of his brother’s kink related magazine ‘Forbidden’ (think Playboy for the kinky folk). “O” is the main photographer for ‘Forbidden’, and when the story begins she is Ray’s slave, though their relationship, it is revealed, has started to slide into being tepid and predictable. Ray actually makes a present of “O” to his older brother, as he knows her tastes for the extreme are more closely aligned with his brother Steven’s tastes than they are with his own. Ray feels it is a way to pay back his older brother for all the help Steven has given him over the years. This then is the basic premise for the novel and what follows. The main character is Steven Diamond and the reader gets a full description of the life he leads, from his work to his strictly structured home life to his personal life. The reader gets glimpses and anecdotes of most of the characters’ pasts, at least enough to fill in any potential gaps that would otherwise have developed during the course of the novel.

Are there problems with ‘Master of O’? Yes, there are, but not enough to detract from the story, nor from the wonderfully hot and kinky scenes contained in its pages. The editing could be sharper, but that is not the writer’s fault but the editor’s, and the occasional typo or missing word does not interfere with the enjoyment of the read. The biggest complaint about the book is the two main characters, Steven and “O”, are not the most likeable people in the world, especially Steven. He is a millionaire, and a lot of time is spent on description of his wardrobe, jewelry, cars, living quarters, and his BDSM furniture and toys. “O” is not nearly as dislikeable, but there is a certain level of looking down her nose at others that comes across. The most likeable character in the book is Steven’s brother, Ray. While we get a good amount of Ray storyline throughout the novel, the character could definitely carry a follow up book as the primary.

Master Peter Raven, Great Lakes Leather Alliance Master 2012 and Illinois Leather Master 2012, was active in both Chicago’s oldest BDSM Leather Club and dungeon as a former board member and member and the Chicago Pansexual community at large. Since moving to Nevada he has continued to be involved in his local pansexual/Leather/BDSM community. He is the founder of House of Raven, a small but close knit leather house of like-minded individuals. He also started the MAsT:Buffalo Grove chapter of MAsT International. He started his kinky reading at the tender age of 10 when he read ‘The Story Of O’ and discovered his kinky side very early. He is a voracious reader of vanilla and kink books, and a fledgling writer in his own right. Follow Master Peter on twitter @m_peterraven. If you are an author with a published novel or story and wish it to be reviewed for kinkweekly.com, please contact or forward the story to Peter Raven at m.peterraven@gmail.com