From the submissive point of view!

Since entering the scene nearly three years ago, I’ve always identified as a submissive. However, that doesn’t mean I haven’t used my brat side to participate in co-topping (two Doms, one sub) or casually playing with female friends. As of late I’ve felt a pull towards domination. While I think I will always identify as a submissive in my personal relationships, I sure do think it’s fun to top and torture specific people! Some would say this makes me a switch and that’s ok. I’ve not been able to “own” that label yet. Maybe some day I’ll be Mistress Anniebear but that’s a subject for another article, wouldn’t you say?

Having come from the submissive background, I logically and intellectually knew the “nuts and bolts” on the practical side of topping; for example how to throw a flogger, deliver spankings safely, wax play, electrical, you name it. Heck, I can’t even count how many classes I’ve been to and types of play I’ve enjoyed over these few years. I’ve been busy! But what to do about actually physically topping someone in a dedicated, planned out scene? Would I be able to deliver? I decided to “hone my craft” by practicing on a few willing participants. That in it of itself was super fun! I was surprised at how easily some of the skills came to me. I attribute it to not only those classes but also the dozens of scenes I’ve sat back and watched as well. That’s an education too. I attended a few play parties playing as a Domme. I made sure to let potential play partners know that I was newer to Topping but happy to try things out. Funny how many people are willing to be guinea pigs to a blossoming Domme in training 😉

The greatest test arrived one day in the form of a newbie submissive. We were introduced by a vanilla friend who knew I was kinky and she thought I could show her the ropes. We hit if off from the start. She had amazing energy and was willing to learn. I confessed that being a Domme was a new side of me and that we would proceed slowly. I walked us through a lengthy negotiation-probably overkill on my part but hey, I wanted to be safe and not scare the girl away! We arranged a paly date at my house and the date was swiftly approaching. I’m pretty sure I was more nervous than she could possibly be. I couldn’t believe how much trust she was placing in me. What if I screwed up or accidentally hurt her?

I planned out a scene that included several elements, providing a range of sensations and experiences for her. I also ran my ideas by my “in house” Dom, Dexx. Not everyone is as lucky as I to be with someone who allows me to explore not only submission but domination as well. He encouraged me to seek out partners and see where it takes me. He being of the devious sort was more than happy to assist in hearing my scene ideas, throwing in some pointers and giving approval as well. The scene was set!

The night arrived for our play date. I donned my best “Dominatrix” outfit for effect and arranged the playroom for our scene. I had given my willing submissive instructions on what to wear and she did not disappoint. I could tell she was nervous but so was I! I hid it as best I could. I knew the best way around all of this was to just blindfold her as soon as possible! At least then she would at least be able to not see if I made a mistake. We proceeded slowly into the scene. I placed her on a leash and walked her about and then into the playroom. I put that blindfold on her and it was game on! Starting with some sensation play I worked from easiest in difficulty to hardest (at least in my opinion and skillset). My logic was that I would have her warmed up and personally be more comfortable and confident as the scene went along. Admittedly I was shaking a bit with nerves (not good for a Top!) but it seemed to ease up as time went on.

Luckily “my” submissive was being very responsive so it was easy to tell if she liked or disliked something. In addition to some sensation play with scratchy things, I tried several paddles and impact implements, flogging (learned from a class!), nipple clamps and clothespins. I ended with some wax play which was most worrisome for me. I tried the wax on myself first so I could feel the temperature. All in all, she seemed to like this the best. I also thoroughly enjoyed peeling the wax off after it dried!

We wrapped up the scene and sat together afterward for our aftercare. I asked her what she liked and disliked. It was honestly one of the most educational and eye opening experiences I’ve ever had in this lifestyle. Another human being allowed me to essentially do whatever I wanted to them. The sheer vulnerability of the whole act was mind blowing. I felt honored that she entrusted me with her safety and pleasure. I’ve heard it said that submission is a gift and I believe this wholeheartedly. I also realized that I could never entirely be a Dominant. I don’t know if I could handle that pressure and weight. This proves that for me it does not come naturally and shows that some people are just inherently dominant or submissive. I’d highly recommend that every kinkster, just once in their lives experience kink from the other side of the spectrum. You may not necessarily like it, but you would learn something! 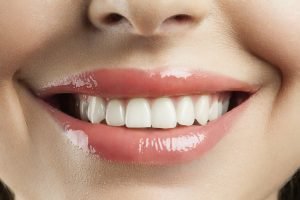 This article is about consent and negotiation and mistakes and hindsight. It’s about personal responsibility and compassion.

There are reasons I don’t do pick up play and why I like to be at least friends with someone before I do a scene with them. When you play as a bottom you are trusting someone with your physical, mental, and emotional well-being for a certain amount of time. When you play as a Top you are trusting another person to be honest with you up front and not vilify you if you make a mistake. Notice the running theme? TRUST. Now, if you are just starting to play and have just met that person or have only known them a short time, then a whole lot of trust isn’t necessarily there yet. This is why it’s not recommended that you do heavy scenes or attempt to push boundaries and limits with someone in the beginning. You should be developing more trust first.

So what should you trust about a new play partner? Well, as a bottom you should hopefully be able to trust that your Top has good intentions and is looking to play with you in a safe way while adhering to the limits that you have stated during negotiation. That they are not looking to take advantage of you or do things that weren’t discussed just because “well you didn’t say I couldn’t”. (This is also why I teach newbies to negotiate from an “I want to start with just doing x, y, and z” position rather than trying to think of all the things they don’t want to do.) As a Top you should be able to trust that the bottom has disclosed whatever medical issues, triggers, etc that they are aware of, along with things that may be unique to them as a player. For example, bottoms – if when you go into subspace you are barely aware of your surroundings or what year it is, this is something the Top should be made aware of!

However, guess what? Even after all that things can go wrong. The bottom may have forgotten to disclose something. The Top may have briefly had a brain fart regarding one of the bottom’s limits. The bottom may have been triggered by something they didn’t realize they would be triggered by. The Top may have done something that wasn’t spelled out in negotiations (not talking about major stuff). But remember, scenes are supposed to be fun. Especially with a new partner who is likely not to go too “deep” or too far in play the first time. Not everything will be spelled out in the negotiation – it’s not possible. Or, if possible, it would probably be a very boring, predictable scene.

So what do you do about that? Well, for starters, choose to play with people you can have a conversation with. I’m talking about a conversation beyond the negotiation. If these things happen (which they will) don’t jump to anger and blaming the other person. Start with personal responsibility. Look in the mirror and ask yourself what part of that do you hold accountability for? Acknowledge this to your partner. Hopefully they will acknowledge their part of whatever happened as well. TALK about the little things that happened and assume it was not born from manipulation or ill intent. Are some people douche-nozzles? Absolutely. However, most people aren’t looking to hurt you or create a bad reputation for themselves. Most people are doing the best they can or the best they know how to do. So talk about the scene. Make adjustments in your future negotiations if need be.

Just remember when you strip away the titles and the power exchange – we are all just human first.