My last article was about s-types “knowing the other side” – so now it’s time for the D-types out there. I realize this is typically a harder sell. There are many D-types that when it’s suggested just to feel what their implements for play feel like they answer with something along the lines of, “Hell no!” I get it. You’re not a masochist. That’s fine, I’m not telling you that you need to be. Just hear me out.

There is a spectrum that represents D-types who have experienced the s side of the slash. From those that have never bottomed to any kink implement nor considered themselves “in service” to anyone to those that spent years as an s-type on their journey to becoming a D-type and many, if not most, who fall somewhere in between.

Now I realize that if a D-type really doesn’t want to do something – I could suggest it until I’m blue in the face and it won’t matter. However, this article is for those that are at least open to the idea of understanding the s-side better. Two main categories to being on the s-side of the slash are bottoming and service. At the very least I suggest experiencing what your implements feel like, if not implements in general. I’m not suggesting this means you doing an entire scene or going super heavy. However, if you’re willing to push those limits then great.

If you’ve had experience in the military or martial arts you may have an idea of being “in service” to a higher ranking officer or sensei. This gives you a glimpse into service, however, it’s not quite the same. Try filling that role with another D-type that you trust – if you dare. Even just for an evening. 😉

I had a friend once, a lifestyle D-type for many years, who wanted to develop a deeper understanding for what his s-type felt like as well as experience what the violet wand felt like since he was looking to expand his Topping skills in this area. He decided to do this by attending a Female Dom / male sub party where he was required to be in the bottom/service role for the evening. He caught a lot of flak from the D-types there because many were his peers. He brushed off their taunting and went about what he was there for. He learned what a violet wand felt like as well as how it felt to serve for an evening. This, to me, was a testament to his Dominance. The fact that he was willing to set his ego aside in order to publicly experience what he did in order to grow as a D-type made me respect him even more than I already did.

I can honestly say that of the D-types/Tops I’ve played with – the ones who have spent time on the s-side of the slash were some of the absolute best. I’m not saying you can’t be a fantastic Top/D-type without doing this. However, there’s just another level of understanding that comes from the experience of putting yourself in the bottom/s-types shoes. 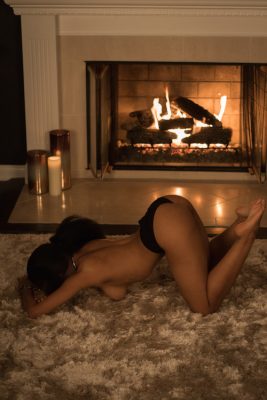