Names of people and places changed to ensure anonymity.

I’ll start with a longer story and finish with two more short examples and with what I mean with everyday objects, clothing, behaviour or things people say.

I used to commute into London by train. A journey many people make on a daily basis. One morning I noticed this lady, there was something about her that intrigued me. I started to ensure I took the same train as her. She was never alone, always with a female friend. Our eyes caught every now and then and always locked a little longer than, I guess, needed. Her friend noticed this and clearly didn’t like me. The stares I got from her; The, if looks could kill kind of stare. For context, this was a 07:00am train.

One morning, it was raining. Boy was it raining. She and her friend were there as well. Suddenly she handed me a tissue, as my glasses were dripping. Actually, all of me was soaked. Her friend clearly disapproved of this. I said thank you and that was it. Remember, 07:00am commuter train is hardly a place to strike up a conversation.

Finally, one morning, she was there. Her friend, nowhere to be seen. I dig out a business card, stand next to her at the door and say, once again thank you for the tissue. Here is my business card, call me if you want to meet up for a drink. If you don’t call me, no problem.

Later that morning my phone rings. Hi, it’s Deirdre, from the train. Hello, I say. That’s a pleasant surprise. How are you? We chat a bit and agree to meet later that week at our arrival/departure station. We decide that having a drink near home is better.

We meet at the station and locate time of train and platform. It’s a, let’s call it “vanilla” discussion, well we are in a train in the end. What line of work we are in. Where we are from, because neither of us was British. Arriving at the station, we decide on a near by bar. At a certain moment she asks why I was interested in her.

Keep in mind, that her dress sense was conservative, classic and business. She also wore glasses. The thing that made me interested I told her was her make-up. It was just a little different than most women with that dress sense would wear. She asked me to explain. I said, well it looks like you enjoy being in control, dominating and you know what you want. I used the word dominating on purpose, as it’s not a mainstream word, I think. She picked up on that and asked what I meant. I said, well I can be wrong, but I’m pretty sure you could well be a dominatrix. Her answer was along the lines of, you’re not totally wrong there. We left it at that and had another drink.

I arrive at her house. I’m invited in. She says let’s talk. Which we did. I mean talk. She then told me she used to be a professional Mistress/Dominatrix. We talked about how I believe I and probably others can recognize each other. We came to the conclusion that it’s not fool proof, but it made sense.

That’s my story. As the story isn’t about what we may or may not have done, I won’t go into detail.

What everyday items or look am I referring to?

It has to be understood, that I’m very easy in throwing in comments to suss out if a person is in the lifestyle. The use of words or sentences. Subtle but not so subtle it’s hard to pick up.

The other story, which is a lot shorter added conviction to my believe of the above. I just had a new girlfriend and we had dinner one evening. This was after we already established, she was very dominant, and I was happy to be submissive. She asked what attracted me in her. We were colleagues, and when she joined, I told some of my team, keep here away from me, she is dangerous. Then one day I failed, and we started dating.

I hope you enjoyed the above. Feel free to reach out. 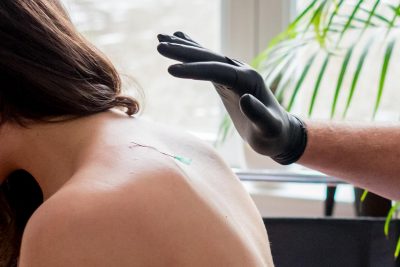 Nothing should ever stop a spontaneous play happening.

I recently read an article on kinkweekly about communication. This very much is a derivative of that.

I will share with you, what I do when I plan a day or a weekend with a submissive. While I’m a switch, when I’m the submissive, I’m submissive and will follow orders.

I already have a list of role-play scenario’s and persona’s and their dress codes. These are “living lists”, meaning I add, change, delete.

The list below is not exhaustive. Why do I do this? I believe it allows me to get the best experience for my submissive and me. However, when I change my mind I will change scenario’s, dress codes etc. It’s just to give a bit of structure. The most important part I get out of it, is the breaks/downtime. These are very important to me. Recharge, relax, shower, watch some tv, a drink, food, read, chat, cuddle, sleep. Anything is possible in down time. I do this at home as well, as I do have quite some equipment,  but it normally is only one scenario/role-play/dress-code when playing at home.

I write this all down

When we arrive at the venue, even if I or we have been there before, I always take the tour. Things may have changed, added, removed.

We never rush into play. When the host is gone, we walk around. This allows the submissive to identify things he/she would want to use, not want to use or try out. We most likely try out certain devices, so we are both comfortable using them.

We talk about what lies ahead. For me it’s equally important the submissive has a say. We have a drink, as quite often the submissive, in my experience, will need to get into the frame of mind. Please remember, this is not a 7*24 lifestyle partnership I’m talking about.

Next is, I’ll go to the bedroom or whatever room is available to prepare the outfits. While I’m doing that, I hand the submissive the paper with scenarios and dress codes for each of the scenarios. It explains that there will be more detailed instructions with the clothes.

Most certainly I will dress in another room, so the submissive doesn’t know what I’m wearing until they see me.

When I come back, I’ll tell the submissive the first outfit or instruction is on the bed. When ready, go and dress. Read the instructions. Then the day starts.

As I said above, this is me sharing my experience. It may or may not work for you. I hope this all makes sense. If it helps you get a better experience, I’m happy.