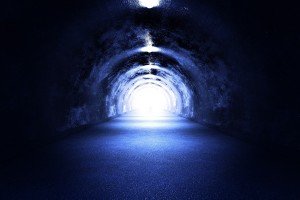 2. “Never Top from the bottom.”
Another “Urban Legend” is one aimed at the submissives, stating, “Never Top from the bottom.” This one has been tying subs up in knots (no pun intended) for decades! As an all-encompassing commandment, it fails the smell test. It is most accurate when it comes to scening. Surely, “You hit like a girl/boy”…“Hit the right cheek more”…“Keep your wrists loose!” are unacceptable during most scenes. But in real life, if the submissive always keeps silent for fear of “Topping from the bottom,” he/she would be making a big mistake. A Dominant is not a mind reader; making one’s preferences and needs known is essential for any submissive. If he/she is tactful – even if a bit Toppy – any good Dom should take suggestions to heart. The “legend” would have a hell of a lot more validity if the slogan were, “Never Top from the bottom in a scene.”

4. “The submissive is the one who is really in control,”
This is another ubiquitous myth that everyone hears as soon as they have their first BDSM discussion. My personal opinion is that this is said by those who believe there is really no such thing as Dominance and submission. Surely, there is no such thing as legal slavery; a Dom can never force a submissive to do anything he/she refuses to do. But being physically able to leave or having the legal right to disobey does not equate to being in control other than by way of mutiny; once the power exchange is negotiated (and it is in the negotiation stage where the submissive is the power equal of the potential Dominant) and a D/s hierarchy established, the submissive is not in control over those areas ceded. Just because something is voluntary doesn’t make it any less real. The next time you watch a submissive in subspace, you will see he/she is not in control. The Dom is in control. And it is quite real.

5. “You cannot become a Master or a Top without having been a slave or a bottom.”
Our final Urban Legend in this installment is a classic. This is generally credited to the Old Guard Leather Societies, the progenitors of our current BDSM clubs, dungeons and community. This statement, of all the ones we have examined here, has the most to recommend it. Although I personally don’t think bottoming is a necessary step in the education of a Top, there are lifestylers whom I respect who think it is. It can be argued both ways. And although I don’t feel it is a necessary step, bottoming would surely give the Top a perspective that would be enlightening – in addition to a well-rounded education!