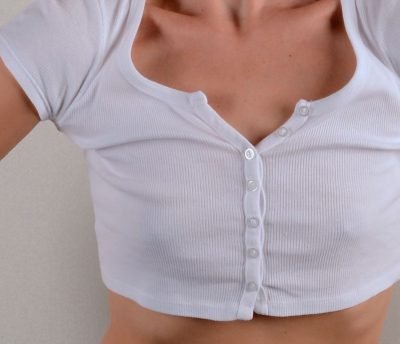 We’re big fans of less censorship at Kink Weekly, but this article is about a bit more than that! The nipples are one of the most highly sensitive erogenous zones in both women AND men. While we do pay close attention to this area when we scene, I think we can go outside the box and do a bit better than run of the mill nipple clamps. So, I present to you some fresh (and probably some old) ideas for spicing up your nipple play. Also keep in mind that many (but not all) of these ideas can double as genital clamps/torture as well. We love toys that do double duty!

Nipple Clamps
Yes, I know I just said these are so “average” but this is the best place to start your nipple adventures! Clamps range from gentle to “holy crap my nipple is going to fall off” and everywhere in between. It’s also good to keep in mind that it often hurts the most once the clamp is removed and the blood rushes back into the nipple. I learned this the hard way as a newbie, much to the glee of my play partner at the time.

Clothespins
The proverbial “poor man’s” nipple clamps; wooden or plastic, these can range in intensity depending on the material and tightness of spring. I love clothespins not only because they are thrifty but they are also disposable and easy to replace. Keep in mind that the unfinished wood clothespins are porous and cannot be thoroughly cleaned as easily if they come in contact with bodily fluids. 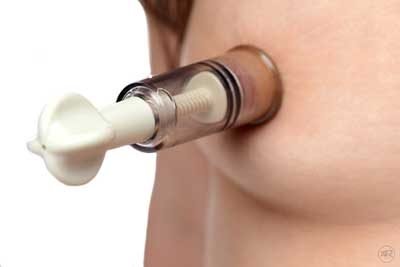 Nipple Suckers
This is exactly what it sounds like, mini suckers for the nipples. They are applied via a twist action, pulling the flesh into the tube. The sensation is quite interesting if you’ve never experienced it. You can add more sensation by flicking or jiggling the suckers once they are on the nipple. Extreme Restraints has a really cool pair and the price is right if you’re looking to try something new!

Chopsticks
Who knew such a harmless utensil could inflict so much torment! Simply take two chopsticks, rubber band them together and voila, instant nipple torture! Here is a great tutorial on how to make your own set. I’ve definitely heard tale of these being used on genitals as well. Once again, affordable, disposable, and easy to replace. 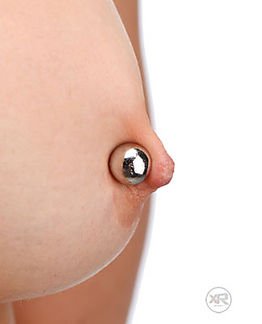 Magnetic Nipple Clamps
These things are amazing. I personally think they look so delicate and pretty: a great accessory for your next kink outing. These can be worn under clothing with only some minimal visibility on the outside.

Nipple Stocks
The sister toy to the nipple chopsticks, this clever device comes in the single nipple or long double nipple design. Feel like smashing your submissive’s nipples between two pieces of wood? This is the toy for you. You can adjust the pressure to make them as hard or soft as you’d like. Our friend Rope_Daddy hand makes this clever device.

Do you have any clever nipple torture ideas we need to hear about? Do you think this list is still too tame? We’d love to hear from you in the comments. Happy nipple play!

We tied her, pinned her, and put a gag in for good measure. Maddy made the perfect specimen for a bit of predicament!